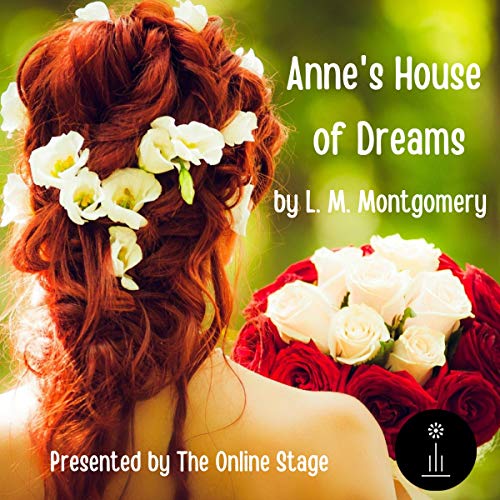 Performed by The Online Stage

Anne and Gilbert begin their life together in Anne's House of Dreams, a continuation of the story that began with Anne of Green Gables. First published in 1917, the L. M. Montgomery series continues with Anne as a new bride making new friends wherever she finds them. They settle on the seashore at Four Winds Point, an area near the village of Glen St. Mary on Prince Edward Island, Canada. She is befriended by the capable Miss Cornelia Bryant, kindly old sea Captain Jim, and the beautiful, mysterious figure of Mrs. Dick Moore.

What listeners say about Anne's House of Dreams