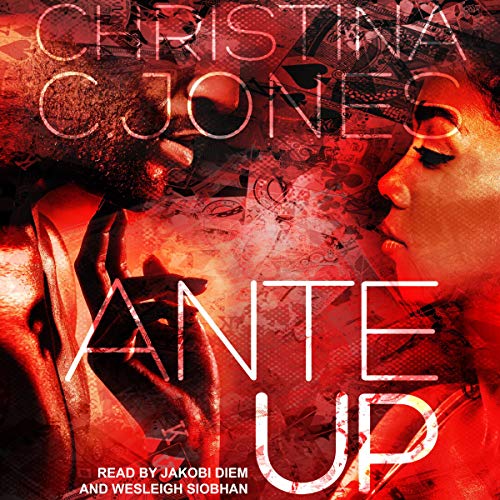 I know exactly why it turns you on...because you're messed up too.

Asha's life is no fairytale, by any stretch of the imagination. There was no kind, generous father to care for and protect her from the Vegas that exists beyond the glitz and glamour of The Strip. No wise, doting mother to look over and guide her, passing down essential lessons and leading her to the right path. And certainly, no Prince Charming just around the corner, ready to rescue her from working late nights to cover steadily mounting bills.

You're not born to sharks without becoming one yourself.

In Vegas, King is exactly what his name implies. Born into money and influence, but respected - and feared - in his own right. The privileges of wealth have afforded him many things, freedom, power, massive eligibility - while simultaneously leaving him exposed to others: betrayal, exploitation, and manipulation.

Her poker face has kept her alive all this time, and he keeps his cards close to his chest. Neither is interested in gambling their hearts, but when they can't stay away from each other, there's only one choice...ante up.

What listeners say about Ante Up

This is 1 of my favorite books by CCJ and for her to bring it to an audio book. . . .my Gawd!! Excellent listen!!

Loved it from first to last chapter. Expertly told love story and a thriller to boot.

Kingston is my new book Bae

This is a sizzling story set in Vegas and the glitz is the backdrop! The story is detailed as if written by a seasoned Vegas poker player! The heat between the two characters is well illustrated by Wesleigh Slobhan and the incomparable Jakobi Diem. Hats off to the author for this riveting story. If only Kingston Whitfield was real! Jakobi, you’re amazing!

Narrators made the book

I always enjoy Ms. Jones books, but found this one to be maybe her best. Great story and character development. The performance...well as always Jakobi Diener was the “TRUTH”! Both performances were excellent. Can’t wait for book 2&3 to become an audiobook.

jakobi's female impersonation voice is terrible. sounds like a Newport smoker. like a pack a day. every time he does the female voice the character sounds corny and spoiled and needy

I love the story, characters, narrators, and author. one of the first audibles l listened too and I know it's one I will listen to over and over again.

I enjoyed the storyline and how “thuggish” & “gansta” the main characters are. Ready for the sequel. This author does it with the right pace and story development that raises the bar in this genre. Once again the narrators are my favorites and bring the characters to life. I read almost everything that they do.

One of my new favorite authors and of course my favorite narrating duo!!! I absolutely love this book. It's so juicy and detailed. I kept wanting to stop listening but I needed to know what would happen next. This played out in an entire motion picture in my head!!! My heart rate is still trying to return to normal.

I didn’t enjoy this book at all, maybe I’m too used to Alexandria House who writes really great stories on black love. Coming from the McClain stories, this felt dragged, abit boring, the story seem forced and the supposed connection btw the characters wasn’t exciting at all. I was already tired of book by Chapter 5, I honestly expected more since It’s my first Christina C Jones book. The only thing enjoyable about this book was Jakobi Diem’s voice which is always a good idea