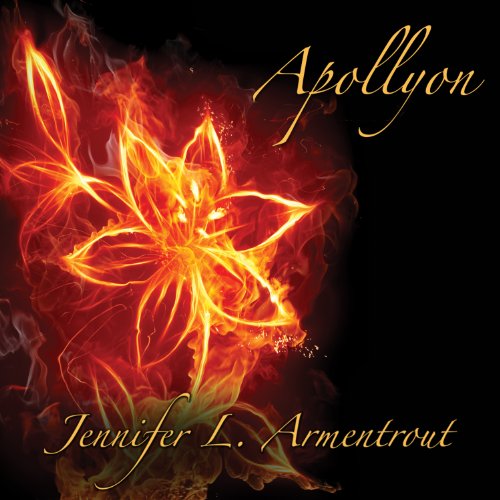 Alex has always feared two things: Losing herself in the Awakening and being placed on the Elixir. But love has always been stronger than fate, and Aiden St. Delphi is willing to make war on the gods - and Alex herself - to bring her back.

The gods have killed thousands and could destroy entire cities in their quest to stop Seth from taking Alex's power and becoming the all-powerful God Killer. But breaking Alex's connection to Seth isn't the only problem. There are a few pesky little loopholes in the whole "an Apollyon can't be killed" theory, and the only person who might know how to stop the destruction has been dead for centuries.

Finding their way past the barriers that guard the Underworld, searching for one soul among countless millions, and then somehow returning will be hard enough. Alex might be able to keep Seth from becoming the God Killer or she might become the God Killer herself.

What listeners say about Apollyon

Good, but not the best in the series

I love this series, & Jennifer Armentrout is usually pretty good at not contradicting things from previous books; but in this book I found several contradictions to previous books. They weren't very big ones but I did find (without giving spoilers) some of the rituals & rules were different. Overall a good book & definitely worth the listen.

This whole series, is one of my favorites! It’s a fantasy with a bit of romance. Full of action and suspense. I have read the whole series over again and again. Being a picky book listener- it’s got to be really good for me to want to do that! I love many of JLA’s books, but this series is my top of the list fav’s!
Justine- also does great narration!

I have always been interested in stories about the Greek gods and demigods. While the story is very interesting, the protagonist is getting on my nerves. There are moments that you like her, but her cocky attitude and “don’t tell me what to do spirit” drives me crazy.

I must be a glutton for punishment because the majority of the female characters who Jennifer writes about have the same type of personality. I’m all for women being tough and not letting people push them around, but there comes a time when you have to let someone else lead.

I love Aiden. The fact that he puts up with her makes him an incredible person because most men would’ve left a girl like Alex a long time ago.

I also love the character of Seth. I’m hoping he ends up being one of the good guys. We shall see.

Justine does an okay job. The way she does the mail voices can get kind of irritating because they all sound the same, and I hate the way she says the word “okay”. Her voice is very gravelly and that can get annoying at times as well.

As always Jen has swooped in with another amazing read! I cannot wait to finish this series and delve into another of hers. This is my first series with her and she has definitely captured me as a forever fan!

I love this series, great plot and good humor! On to book 5: The Sentinel in the series. Great book

although it started out simular to vampire academy, by the middle of the second book it stays to stand on its own story. the 3rd book really stand out as a turning point in the story. i can't wait to moved onto the next book. if there was one negative about the story i could say it would be that it takes to long to get to the point.

Wow, What An Ending!

Would you listen to Apollyon again? Why?

YES! I will listen to the whole series again in the future. I really liked these books. Solid writing from beginning to end. Made me cry at the end which is usually a sign to me that I was "all in" with the characters. Those of you who read the whole series, you'll know what I mean. I can't say more than that without giving anything away.

I liked the characters and the ups and downs they had to go through. You don't see why until later in the story, then you have the "ah-ha" moment.

Have you listened to any of Justine Eyre’s other performances before? How does this one compare?

Justine Eyre is a favorite. She did a very nice narration.

I cried at the end.

I hope people will give this series a shot, but you need to start at the beginning.

I'm still really into this series but this book kind of slowed down to me. There was some action and some warmth but I found myself skipping some of the winded parts of the book.

This series is amazing

This book has more action, more romance between Aiden and Alex, well sort of, as we have an evil Alex that is out for Aiden, while Aiden wants her to connection to Seth severed. This part of the story gives you all the feels, the struggle each character confronts, how the suspense and mystery behind it all keep you reading. I think this part of the series is what gives Aiden the award to be one of my top favorite book boyfriends ever. It is just brilliant. Alex, I love strong characters, and having her go ballistic is so entertaining and hooked me up bad from start to finish, I can't wait to see what happens next.