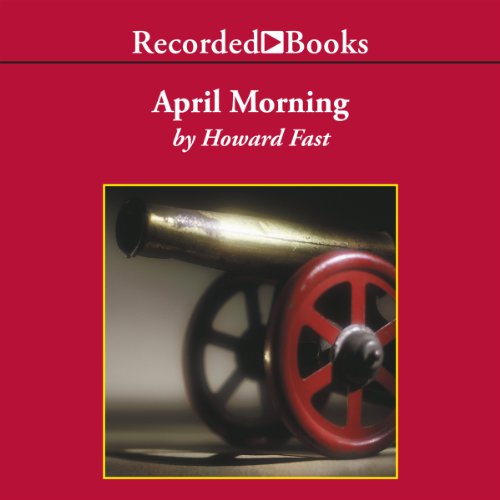 Historical novelist Howard Fast brings the past colorfully to life with his powerful stories. In his best-selling April Morning, he portrays a young man’s introduction to the harsh realities of war during our nation’s fight for independence.

Fifteen-year-old Adam Cooper is anxcious to join the excitement and action of the Revolutionary War. On the morning of April 19, 1775, he stands beside his Massachusetts farmer father to face the redcoats marching out of Boston. But suddenly, his father falls on the village green, and Adam’s hands are shaking as he shoots at columns of marching men.

With realistic drama and riveting suspense, Howard Fast brings the glory and the agony of the colonial battlefield vividly to life.

What listeners say about April Morning

Well written. Meaningful. The rights of men may be God granted but they are only experienced by using the hands God gave you.