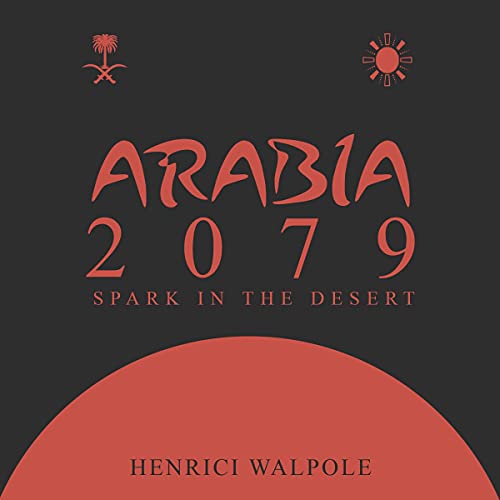 In 2079, two forces vie for control of Arabia. One embraces tradition and advocates equality, while the other seeks to improve the world through technology and insists on the rule of the many by an elite few. Their fight for supremacy will change Arabia forever and determine its future.

Prince Abdulaziz is the heir to the House of Saud, leader of the loyalist rebels. He has amassed an army to help him take back his ancestral throne and build a future in which every Arabian has a chance at a prosperous future. His ally, friend, and greatest weapon is Reham. Only with her skills and knowledge will the rebellion stand a chance against the advanced technology of the Eastern Corporation, their nemesis.

The EC believes in a better future through employing technology to combat climate change, increase food security, and reduce the human population. It also believes such knowledge must be held only by those who deserve it: the corporation’s council. The EC sees itself as a guiding force for those who don’t know what is best for themselves.

One man has an agenda of his own. Away from the eyes of the EC council, Grand Master Mogira has been producing soldiers for his Purple Order. The Purples are beyond the control of the EC council and spark heated debate about their role in society. As the two visions for Arabia clash, a conspiracy is growing behind the scenes. Those with their own interests at heart are gathering power, and if their plans succeed, no one - not the rebels, the EC, or any of the other powerful nations of the world - will be able to stop them from taking what they feel is their due.

What listeners say about Arabia 2079