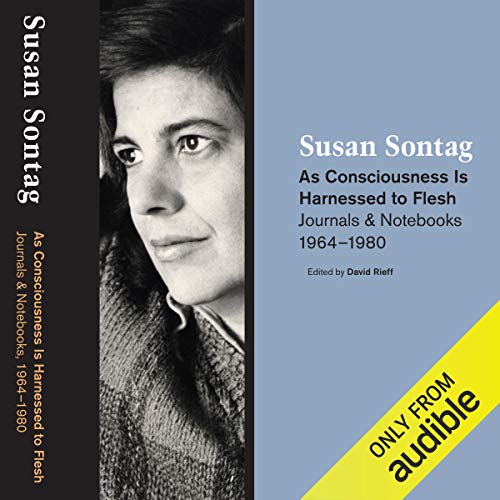 As Consciousness Is Harnessed to Flesh

As Consciousness Is Harnessed to Flesh

This, the second of three volumes of Susan Sontag’s journals and notebooks, begins where the first volume left off, in the middle of the 1960s. It traces and documents Sontag’s evolution from fledgling participant in the artistic and intellectual world of New York City to world-renowned critic and dominant force in the world of ideas with the publication of the groundbreaking Against Interpretation in 1966. As Consciousness is Harnessed to Flesh follows Sontag through the turbulent years of the 1960s—from her trip to Hanoi at the peak of the Vietnam War to her time making films in Sweden—up to 1981 and the beginning of the Reagan era. This is an invaluable record of the inner workings of one of the most inquisitive and analytical thinkers of the twentieth century at the height of her power. It is also a remarkable document of one individual’s political and moral awakening.

This is more of the logbook of a mind constantly venturing out into the seas of thought than a journal of events or even relationships. Sontag's irrepressible curiosity gives it its verve, and her reflections on writing will keep me coming back to this for years.