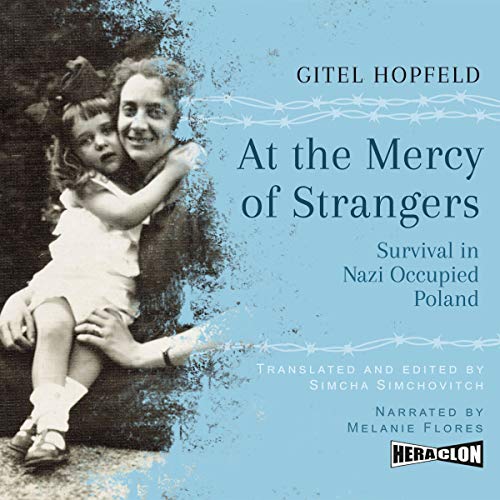 At the Mercy of Strangers

Written by: Gitel Hopfeld
Narrated by: Melanie Flores
Try for $0.00

At the Mercy of Strangers is an important addition to Holocaust literature for a number of reasons. It is a document about the survival of one individual and her two children. As a first hand account about survival during the Holocaust, it offers unique insight. It also documents how Polish friends, acquaintances and even strangers helped to ensure the survival of one Jewish family during the bleak days of the Holocaust. These acts of bravery are fully documented, and the 'mercy of strangers' must not be forgotten.

Translator and editor of this book, Simcha Simchovitch is an award-winning Canadian Jewish poet, novelist, teacher, and scholar. He was the librarian and curator at Beth Tzedec Congregation in Toronto, Ontario. Among his previous publications are Selected Poems, The Remnant, and The Song that Never Died all published by Mosaic Press. He has received numerous awards, most recently the prestigious J.I.Segal Award in 2004.

What listeners say about At the Mercy of Strangers