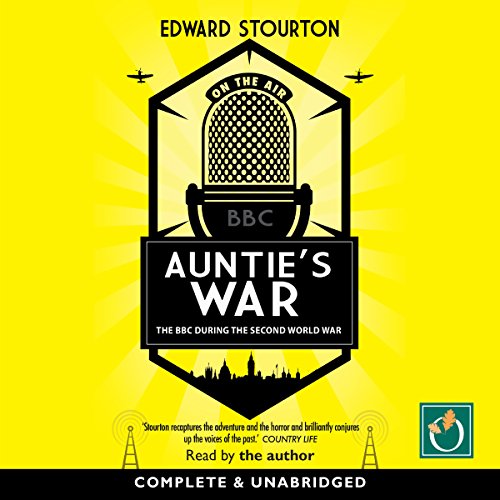 Auntie's War: The BBC During the Second World War

Written by: Edward Stourton
Narrated by: Ed Stourton
Try for $0.00

The British Broadcasting Corporation is a British institution, and its story during the Second World War is also our story.

This was a period of remarkable voices: Churchill’s speeches, de Gaulle’s broadcasts from exile, Richard Dimbleby and Vera Lynn. Radio offered an incomparable tool for propaganda while at the same time eyewitness testimonies gave a voice to everyone, securing the BBC’s reputation as a purveyor of truth.

Edward Stourton explores the BBC’s wartime journey, investigating archives, diaries, letters and memoirs to examine what the BBC was and what it stood for.

What listeners say about Auntie's War: The BBC During the Second World War