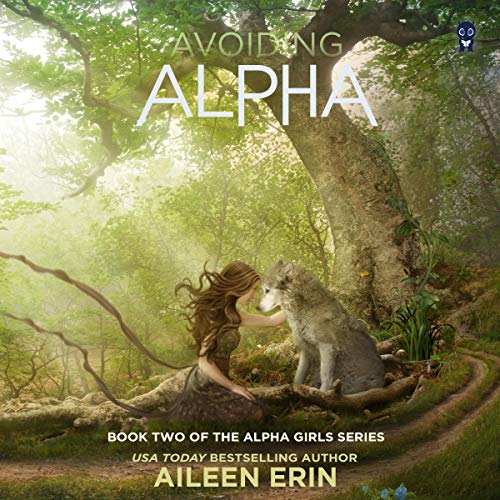 Seventeen-year-old Tessa McCaide has come a long way since her abrupt entrance into the world of werewolves, but she still has just as far to go before she’s comfortable with turning full wolf. In the meantime, she’s avoiding the topic of shifting to four legs any way she can. Thankfully her mate, Dastien Laurent, is quite the distraction.

When she finds her best friend, Meredith, getting sick in the bathroom, Tessa knows something’s majorly wrong. Meredith was cursed years ago, and the dark magic kept her wolf dormant - only now the wolf is awake, and that same spell is killing her.

Tessa has no intention of sitting around while Meredith wastes away. Even if it means playing with magic she doesn’t understand, she’ll do anything to save Meredith’s life. Including bargaining with the local coven of witches and its crazed leader, whose only goal is getting Tessa to join the witchy ranks.

Can Tessa save her friend without losing herself?

"There is no word to describe how much I love everything about this book.” (Feli, The Four Eyed Cat)

It's time to catch up with the Alpha Girls series, which has sold more than 500,000 copies!

About the author: USA Today best-selling author Aileen Erin is half-Irish, half-Mexican, and 100 percent nerd - from Star Wars (prequels don't count) to Star Trek (TNG FTW). Her fans call her stories "jaw dropping", "electrifying", and "a magnet that just keeps pulling until you feel as if you are falling down, down, down right into its world" (Tempest of Books). You can find her at aileenerin.com or on Instagram @aileenerin.

About the narrator: Elizabeth Evans is an award-winning narrator whose voice can be heard in more than 150 audiobooks. She specializes in young-adult fantasy and has given voice to the internationally best-selling series Throne of Glass by Sarah J. Maas and Six of Crows by Leigh Bardugo. Her curiosity and passion for storytelling has led her all over the world.

I've read all of the Alpha girl series multiple times, and was so excited when the books came to audible. If you like witty dialogue, strong female characters and interesting plotlines, do yourself a favour and get this series!