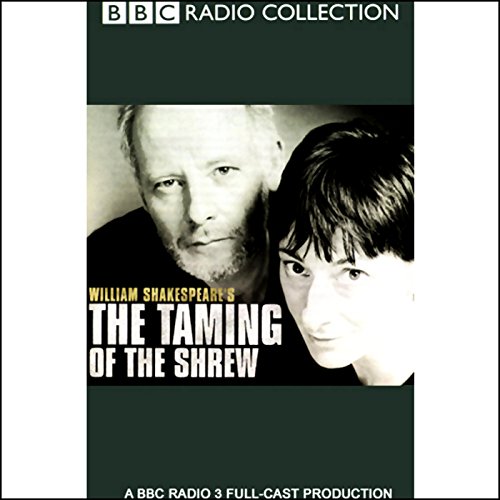 BBC Radio has a unique heritage when it comes to Shakespeare. Since 1923, when the newly formed company broadcast its first full-length play, generations of actors and producers have honed and perfected the craft of making Shakespeare to be heard.

Layers of assumed identity, elaborate role-playing, and acerbic exchanges of wit reveal the real relationship between men and women in this exuberant production of one of Shakespeare's earliest comedies.

Revitalised, original, and comprehensive, this is Shakespeare for the new millennium.

There was something very odd about both the timing and the interpretation of this performance. The actors galloped through the text with no emotional inflection or nuance. Individual speeches were clear enough but this sounded like an exercise in reading not a performance. I would have expected much better from the BBC!

Really well done, truly. The BBC did a great job and 2nd to none performance.

No, because this audiobook is unfortunately (in my opinion) a face value reading of the play that omits the opening bit with Sly. The play within a play element is lost, which means the farcical setup is also lost.

I tend to come down on the side of the farcical, ironic or commedia dell'arte interpretations of the play. Given the reception of the play in its own time, the outrageous behavior of the two protagonists, and Shakespeare's approach to female characters in his other works (while not always kind, he never gets anywhere near this ridiculous anywhere else), this play simply doesn't make sense to me when taken at face value.