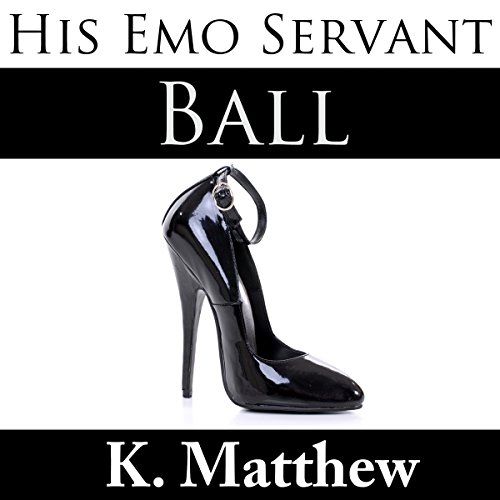 Written by: K. Matthew
Narrated by: Kirk Westman
Try for $0.00

Alex was looking for a job, but what he finds is so much more.

Alex attends his first social gathering with Sebastian, though this Halloween masked ball is far from normal. When Sebastian bumps into an old friend, the night takes a surprising turn, exposing Alex to new pleasures.

Excerpt: The first thing Alex felt was cool wetness, presumably from saliva, considering there wasn't any lube around. Next came the tip of Sebastian's cock as he nuzzled it against Alex's entryway, pressing through until it was swallowed whole. Alex's breath hitched from the intrusion, but he quickly regained his composure, relaxing around Sebastian's manhood. For a moment, Sebastian just held him there, wrapping his arms lovingly around Alex and propping his chin on his shoulder.

What listeners say about Ball

Another very good part of the book Looking forward to the next part.
the narration was fantastic.

Great book, kept my attention all the way to the end, amazing audio delivery, loved it. Will be reading again, every chapter was received amazingly do recommend you give it a read.