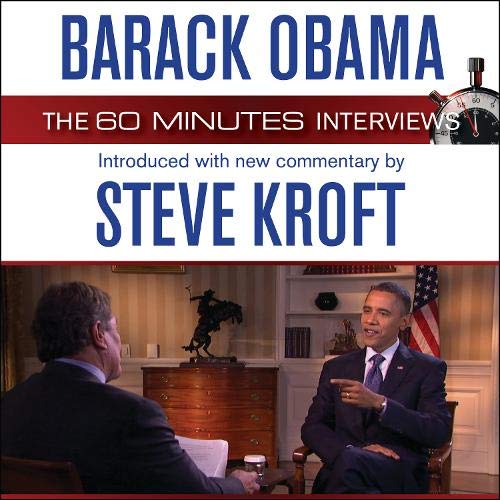 An audio-only collection published in partnership with CBS News’ 60 Minutes.

Barack Obama: The 60 Minutes Interviews offers an unprecedented glimpse into the Obama presidency, through a series of extended interviews presented with new commentary by award-winning 60 Minutes veteran Steve Kroft.

Kroft conducted more one-on-one television interviews with Barack Obama than any other journalist, from a January 2007 conversation on the eve of his unlikely candidacy to the 44th president’s final White House interview a decade later.

Collected here on audio, in chronological order, these conversations reveal Obama’s evolution from idealistic young senator to galvanizing candidate to two-term president. They also capture the development of the remarkable, decade-long dynamic between journalist and subject that created the atmosphere in which the first draft of history could be spoken aloud as it was unfolding.

In new material written and recorded for this program, Kroft places each of the 17 segments in historical context, bringing listeners on a one-of-a-kind journey through the Obama presidency. To listen to these conversations is to relive the turning points of a tumultuous 10 years. You’ll hear revelatory conversations in which Obama and Kroft are joined by then VP candidate Joe Biden, First Lady Michelle Obama, and outgoing Secretary of State Hillary Clinton. And you’ll sense the growing power of political forces that continue to shape our discourse today.

More than anything, these conversations return listeners to the company of the man who so memorably moved, challenged, and inspired the nation. At a moment when questions of leadership are in the forefront of our national conversation, his voice is truly one for our time.

What listeners say about Barack Obama: The 60 Minutes Interviews