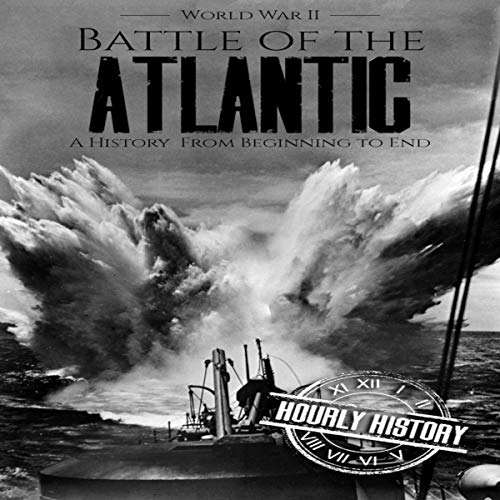 Battle of the Atlantic

Imagine a battlefield of 3000 square miles, with an enemy that was often invisible when it struck. Imagine a convoy of ships carrying vital supplies from North America to Great Britain, at the mercy of the deadly marauders under the water, waiting to attack them. The Battle of the Atlantic, the longest campaign of World War II, took place upon the Atlantic Ocean as the Allies traveled back and forth from North America to Great Britain with desperately needed oil, provisions, weapons, and supplies for the embattled forces fighting against Nazi Germany. The U-boats, the terror of the undersea, made those convoy journeys particularly precarious, especially after Germany’s Admiral Karl Dönitz developed his dreaded wolf pack strategy.

You will hear about:

From the start of the war in September 1939 until its end in 1945, the Battle of the Atlantic was fought to keep the Germans from blockading the Atlantic Ocean. The efforts of those valiant seafarers would eventually make D-Day possible, but there were times when even Winston Churchill feared that the prowess of the U-boats would imperil the Allies in their battle against the Nazi menace that had conquered Western Europe. The bravery of the Allied naval crews, and the brilliance of the Bletchley Park codebreakers, prevented the Atlantic Ocean from becoming yet another victim of Nazi dominance.

What listeners say about Battle of the Atlantic