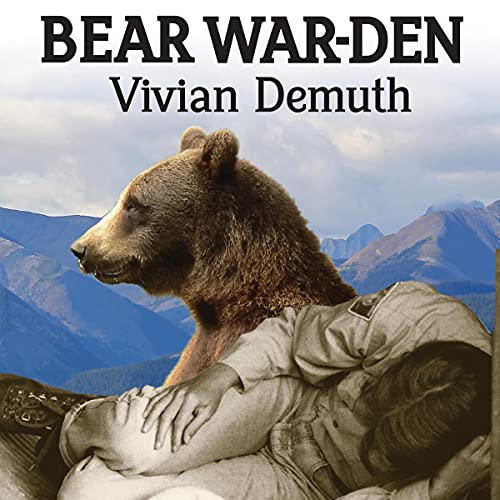 Written by: Vivian Demuth
Narrated by: Tara Yelle
Try for $0.00

A woman park warden who works in a Rocky Mountain National Park spends her time on such tasks as bear patrol, locating tourists who are lost or in other physical danger, and policing park rules. She has a particular affinity for grizzly bears, largely stemming from an experience she had in a Neolithic cave in Spain.

During her work and her travels, she observes various ways in which bears are mistreated in parks, sometimes even by researchers with seemingly good intentions. While an out-of-control fire rages through the national park, the woman park warden, with two grizzly bear skulls in hand, begins a difficult and dreamlike journey to the park boundary - where wild animals can seem like ghosts and trauma can strike as suddenly as lightning.

One of the grizzly skulls, the one that was given to her, begins to talk to her.

Told in an experimental style that mixes realism and magical realism, and interrupted by the voice of a bear, Bear War-den explores themes of personal and ecological loss, trauma, and of women and nonhuman animals dealing with oppression within a male-dominated, and often paramilitary-like Parks Management system.

“Bear War-den combines poetic lyricism with naturalistic realizations. The park becomes a microcosm of our world, and the bear’s philosophy in the end warns humans that they too are in danger of being disappeared. A fitting example of the urgent and growing genre of eco-fiction, this is a novel worth reading for its wisdom in our era of climate crisis, which is now a dire emergency threatening all.” (Rain Taxi)

“Sometimes surreal, but always up-front on environmental, ecological and feminist issues, Bear War-den is a must read if you are an advocate of any or all of the above.” (The Miramichi Reader)

What listeners say about Bear War-den