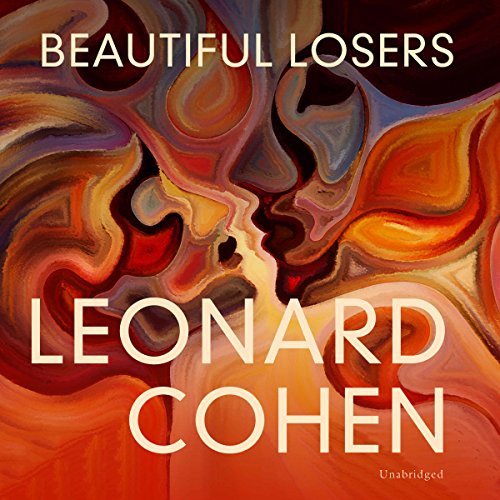 One of the best-known experimental novels of the 1960s, Beautiful Losers is Cohen's most defiant and uninhibited work.

As imagined by Cohen, hell is an apartment in Montreal, where a bereaved and lust-tormented narrator reconstructs his relations with the dead. In that hell, two men and a woman twine impossibly and betray one another again and again. Memory blurs into blasphemous sexual fantasy - and redemption takes the form of an Iroquois saint and virgin who has been dead for 300 years but still has the power to save even the most degraded of her suitors.

By turns vulgar, rhapsodic, and viciously witty, Beautiful Losers explores each character's attainment of a state of self-abandonment, in which the sensualist cannot be distinguished from the saint.

What listeners say about Beautiful Losers

this book is utterly shocking, graphic and gross, but it is extremely captivating, interesting, and lovable.

I’ve enjoyed several of Leonard Cohen’s audio works and this one is quite unique. Part diary, part musings, part Canadian history and a large part sexual. I liked it but I think there are others who might not.

I love Cohen's work; it's raw, extremely difficult and this novel borders on poetry.
The first narrator nails it (Rudnicki, I think?); imho he should have read the whole book. He crafts the timing, the angst, the phrasing, the humor, and the poetry, the French. He even sounds like Cohen.
Then another voice comes in (Pinchot? who I normally love, or Lescault?) playing the "other" lover; and the poor narrator is out of his depths. He does hit some rhythms that work, but generally it feels like he's floundering about. Then, there's a third voice. I kinda felt like there was no one overseeing the whole production. Cohen is tough writing, but OMG, when it's done well, it's magic. There was a lot of overly worked, mangled French in the non-first narrator bits and odd over-acting.
I dunno. I guess I'm disappointed, hence my negative take.
Maybe listen to the first narrator's part, and then return it to Audible. The second half is painful.

I was very disappointed because I like his music but I found the writing to be perverse.
I like Erotica but it was not only gross but it was never ending

High language mixed to the vulgar in harsh sexual practices and symbolic acts. It was hard to read the story and it is hard to understand its purpose, if it has any.