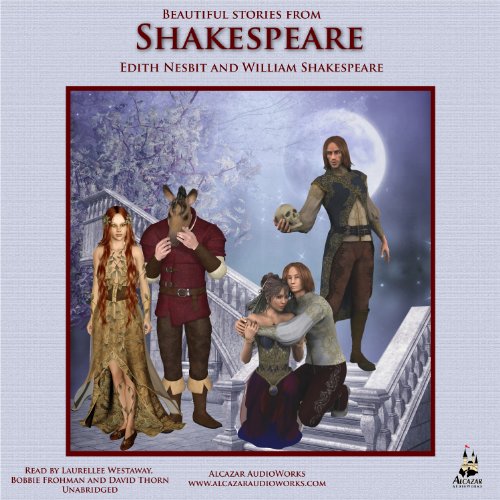 Edith Nesbit re-tells the stories of William Shakespeare's plays, making them accessible to children, while evoking the drama and excitement of the originals.

7. Night Much Ado About Nothing

13. The Comedy of Errors

14. The Merchant of Venice

17. The Taming of the Shrew

What listeners say about Beautiful Stories from Shakespeare

The sound quality is great and so is the narration. But the recording is not broken into tracks. So, if you want to listen to a particular story it is very difficult to find. If you don't mind just listening straight through it isn't really a problem. But for my purposes it was very frustrating. I also noticed that even when you find the beginning of the story you are looking for, the title is not announced. You must recognize the names of the characters or the story. Separate tracks for each chapter would be very helpful.

The kids loved these stories, and especially loved the male narrator, but found the female narrator’s voice annoying. I’m afraid to say I did as well, but the stories were wonderful and made up for it. A great introduction to Shakespeare!

Goodway to catch up!

Great way to catch up on all of Shakespeare! 'Twas required reading during all my school days.

A good version for kids

Done well for kids to understand Shakespeare, but I wish it included more of his plays.