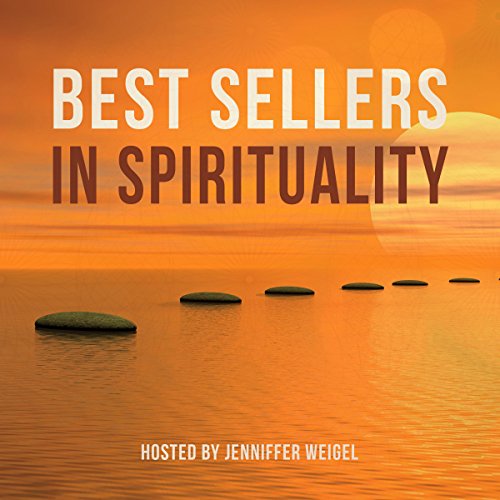 This is a compilation of podcasts of a show by Jenniffer Weigel that is broadcast on WGN radio in Chicago, called I'm Spiritual, Dammit!

Be sure to check out other compilations from the podcast, also available from Blackstone Audio!

What listeners say about Best Sellers in Spirituality

Deeply offended by this author and her clear bias

Hoping to glean wisdom from the interviews, I was willing to tolerate the author's continual subtext of "When will everyone finally catch up to where I am". That was until Chapter 8, when she posed a very biased leading question to Dr. Mary Neal, MD about spirituality in health care, after which she commented, "because they [doctors} think they ARE God." My husband and I are physicians of more than three decades each. My husband is an Emergency Physician practicing and teaching in an inner city hospital for more than 30 years. He has been there to care for any and all who cross through the doors of that Emergency Room. To the residents in his program, by his word and by his example, he teaches respect, kindness, compassion and humility. He daily sees people having the worst days of their lives, and people whose very difficult lives have made them homeless, drug addicted, and very separated from their true Selves. And everything in between. He and his team of dedicated health care providers have saved many lives. He knows the every one of the housekeeping staff by name and always cordially greets and thanks them. He has been cussed out, spat on, vomited on, and peed on. NEVER, not once, EVER did he "think he was God" as the author snidely said.
Author---He demonstrates more spirituality in ONE hour of his work than you demonstrated in your entire book. Your words indicate an attitude of sanctimoniousness, judgement and superiority. My wonderful husband in his work of caring, doesn't TALK about spirituality---he LIVES it.
I NEVER have thought of myself as God either. Other than in the way you must know us all to be, as part of the Godhead.

Dr. Neal kindly called her on that very damaging, very cruel statement. But Dr. Neal also more or less said nurses believe in spirit more than doctors, and did not aver that doctors are indeed spiritual--or at least no more or less so than any other group. Dr. Neal's doctors versus nurses comments formed a blanket assessment that is not true. As nurses spend more time at the computer than at the bedside, they too are tragically distanced from their patients. (Absolutely not their fault and like doctors, not what they signed on for when they joined their profession.)
Both of you would really benefit from learning more about FUNCTIONAL MEDICINE. The institute of Functional Medicine, in their framework of therapeutic assessment called the Functional Medicine Matrix, have put Mental-Emotional-SPIRITUAL at the very CENTER of that core process. Their first step, before any encounter with anyone with whom they join in a therapeutic relationship, is to GATHER themselves. That is to lay down all the worries, concerns, responsibilities, and demands made on them at the door, and BE with that individual who has placed their trust in them.
Does the training of physicians need to be better? Absolutely! But please respect that PARTICULARLY NOW, health care workers, no matter what their role, are angels on earth, and deserve our utter and boundless gratitude.