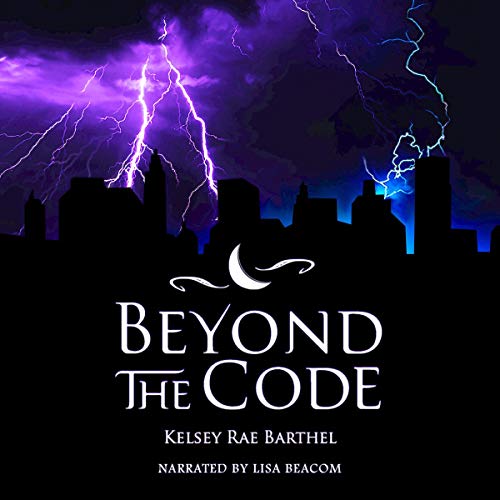 To the common world, Aurora Falon is merely the pampered daughter of a rich and influential family. But to the secret world of The Order, she is Luna, the powerful and formidable warrior knight, under the rule of her master, Cole Iver. Together, they strive to bring down Damon Lexus, a wicked master who uses her knights in cowardly and dishonourable ways for her own selfish desires. But when they obtain evidence that may bring Damon Lexus under the judgement of The Order's ruling power, The Hand Council, Damon makes a rash decision and orders the assassination of Cole Iver.

By pure coincidence, Luna catches Damon’s assassin in the act, but is too late to save her master. She kills the assassin in a moment of grief-stricken rage. But Luna knows the one with her master’s blood on her hands is not the one she killed, she seeks the assassin's master. After a failed attempt at revenge, Luna is pulled from the depths of her dark anger, and put on a better path by the Hunter who was ordered to kill her. Together, they will work to break away from being mere tools for the powerful and become heroes.

What listeners say about Beyond the Code

The code is not everything!

You’re invited to enjoy a fantasy-thriller of honorable knights living by, and beyond, the code. The fantasy setting only due to the loyal and stalwart knights having mystical powers at their disposal. Otherwise, the location could be present-day in any large city. Our protagonist leads a dual life, as do all knights. By day she is Aurora Falon, heiress to a large family fortune. In secret identity, she is Luna, a powerful knight who lives by the sword serving her master Cole Iver for the good of humanity and to uphold the tradition of the knight’s code. Our confused and incensed Luna has encountered the unthinkable; another knight knowingly breaking the code. This, plus the dastardly deed the knight is performing, so enrages Luna that it sets the stage for her revenge and the major plotline. This may sound even a little corny, but the characters are well-developed, likable for the most part, and quite realistic (other than the supernatural powers of course). I did enjoy the tale and look forward to more, as this could certainly be the beginning of a new series. Four.point.five. I was given this free review copy audiobook at my request and have voluntarily left this review.

Impeccably performed - a captivating story. Well worth the credit and time, Beyond The Code surprised and entertained me.

I really enjoyed this title. The narrator really brings the story to life. I always enjoy her work. I would love to listen to the next book in the series. The characters are well developed and likable. Definitely recommend.

This was interesting and well-performed. I found myself wanting more at the end. Really good listen.

I loved it, this an exciting book to listen to. I kept coming back for more.
The narrator does an excellent job. This is a high impact action read and will hold you to the end!

I received an audiobook for free in exchange for an honest review. I love, love, love this story. It was action right from the beginning, kept me interested the whole way through. I felt the author did an amazing job providing necessary background stories and info without taking away fro mother current story as it progresses. I can see this turning into an awesome series. I will definitely be keeping an eye on this author and series for future books.

My soul died so many times listening to this, and I shed some tears throughout. Just when I thought I could relax and take a deep breath; I was wrong!!! I was constantly on edge listening.
Who to trust? So many loves/friends lost!! Devastating! I was satisfied with the conclusion.
Nice reveal and deal with Ranger. I had a feeling about his identity early on. I voluntarily listened to a free copy of this and am giving an honest review. The narrator did a good job.

BEYOND THE CODE will be captivating for those who enjoy the premise: superpowered knights with hidden identities. The knight's code prevents knights from revealing their identities to anyone, and they use magic glamour to cloak their physical selves when they are embodying their knight persona. This allows the main character to be both Aurora, the charming rich heiress, and Luna, the valiant fighter with the ability to cast lightning during battles. The book itself reveals the author's love of anime, with characters expressing themselves through their fiery eyes and fervent declarations. I especially enjoyed the detailed action sequences, leading up to a riveting final battle scene. Most of all, I was impressed with how the author imbued the knight Luna and the hunter Ranger with heart, making them positive, solution-oriented characters that are a breath of fresh-air in our often jaded fiction landscape.

Intense, with alot of action. A unique, creative aspect into a new world.
At 1st the narrator sounded a little stiff, but soon relaxed into the story.
This audio was given to me free and I voluntarily gave this review.

Not bad, not good

The reader couldn’t do voices very well, though it didn’t stop her from trying.

There were times when the writing seemed trite and overly predictable. I hadn’t realized it was meant to be the first in a series and I’m not sure that I would have picked it up if I knew or that I’ll be hunting down the others when they come out.

*I was given this free review copy audiobook at my request and have voluntarily left this review.*