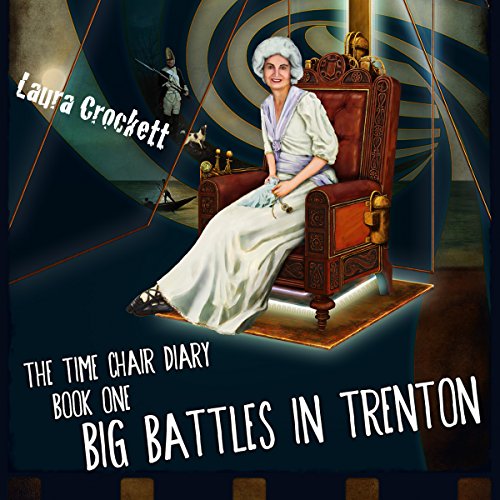 Here it is! After years of keeping her secret, Ell tells the story of her travels through time. When she was 11 years of age she met the Old Man: a professor of physics and metaphysics, a forever student of history, and a mentor to time travelers everywhere. It is the Old Man that sends the precocious Ell on her first journey back in time.

Big Battles in Trenton is the story of that first experience, when Ell is tested in her mind and physical strength as she crosses the Delaware with Washington and the Continental Army. Later, when she is stuck in 18th century Pennsylvania and New Jersey, Ell must use her wits to search for the time chair so that she may return to the 20th century.

During her first journey Ell meets the Hessian, one of the Old Man's students. Later, this young German man will become one of Ell's time-traveling companions (somewhere in Book Three) In Book One, Ell also meets Elizabeth Clawson, one of the Old Man's ancestral relatives. And then there's Plato, an 18th century hunting dog who ends up with Ell in 1974.

Join Ell and learn history in a fresh and invigorating way. Because history, and time travel, is never dull!

What listeners say about Big Battles in Trenton