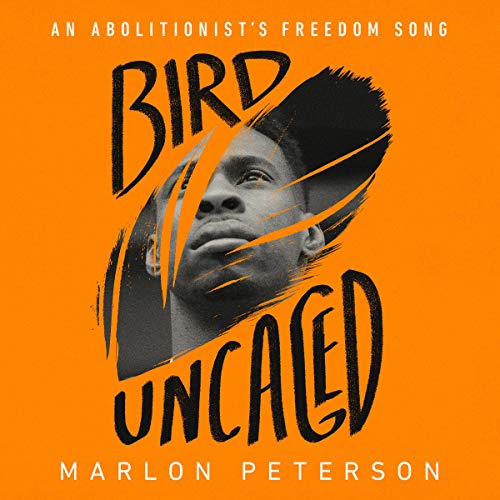 From a leading prison abolitionist, a moving memoir about coming of age in Brooklyn and surviving incarceration - and a call to break free from all the cages that confine us.

Marlon Peterson grew up in 1980s Crown Heights, raised by Trinidadian immigrants. Amid the routine violence that shaped his neighborhood, Marlon became a high-achieving and devout child, the specter of the American dream opening up before him. But in the aftermath of immense trauma, he participated in a robbery that resulted in two murders. At 19, Peterson was charged and later convicted. He served 10 long years in prison. While incarcerated, Peterson immersed himself in anti-violence activism, education, and prison abolition work.

In Bird Uncaged, Peterson challenges the typical “redemption” narrative and our assumptions about justice. With vulnerability and insight, he uncovers the many cages - from the daily violence and trauma of poverty, to policing, to enforced masculinity, and the brutality of incarceration - created and maintained by American society.

Bird Uncaged is a 21st-century abolitionist memoir, and a powerful debut that demands a shift from punishment to healing, an end to prisons, and a new vision of justice.

“Bird Uncaged is heart-wrenching without being sentimental. It’s beautiful without ever being flowery. It’s one voice without ever being just one thing. It’s all honest without ever pretending to be complete. I hope you love it. It deserves to be a thing you love.” (Danielle Sered, author of Until We Reckon: Violence, Mass Incarceration, and a Road to Repair)

“Marlon Peterson’s memoir tells the intimate story of how the twin forces of patriarchy and white supremacy have combined to build a life of cages for generations of Black men in America. Marlon’s work - a narrative of men who have suffered under, been complicit in, and then attempted to upend their involvement in patriarchal systems - is just the kind of book we need to build toward a liberated future for all Black people in America.” (Kimberlé Crenshaw, author of On Intersectionality)

“Bird Uncaged is a story of trauma and survival; a lesson in what it means to confront all of the ugliness of the past and dare journey to forgiveness and something more. Peterson is resolute in these lines, because he has seen enough to know that the healing and the hope is in the journey. The journey found in these pages isn’t just a coming of age story, but rather is a crucially important confronting the ways a man has hurt and been hurt, and come to believe honesty might be a pathway away from shame and more suffering.” (Reginald Dwayne Betts, author of Felon)

What listeners say about Bird Uncaged

It is life changing. I loved hearing the author read his memoir. We need to abolish prisons!

Marlon’s words brought an aching to my heart. We must see each other. We must do better.