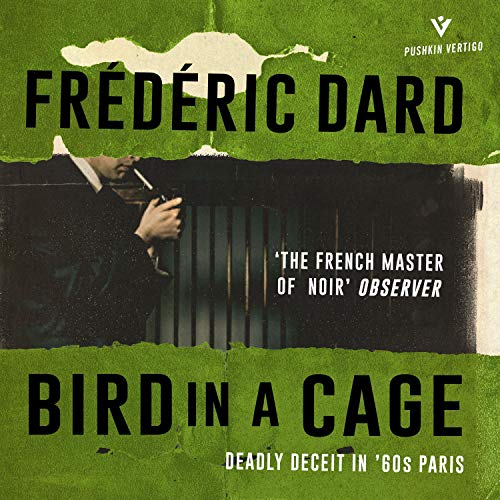 Bird in a Cage

Written by: Frédéric Dard
Narrated by: Josh Twedale
Try for $0.00

Trouble is the last thing Albert needs. Travelling back to his childhood home on Christmas Eve, he finds the loneliness and nostalgia of his Parisian quartier unbearable... Until, that evening, he encounters a beautiful, seemingly innocent woman at a brasserie, and his spirits are lifted.

Although something about the woman disturbs him, when she invites him back to her apartment, Albert thinks he's in luck. But a monstrous scene awaits them, and he finds himself lured into the darkness against his better judgment. Unravelling like a paranoid nightmare, Bird in a Cage is a thrilling psychological thriller about a man trapped in a prison of his own making.

What listeners say about Bird in a Cage