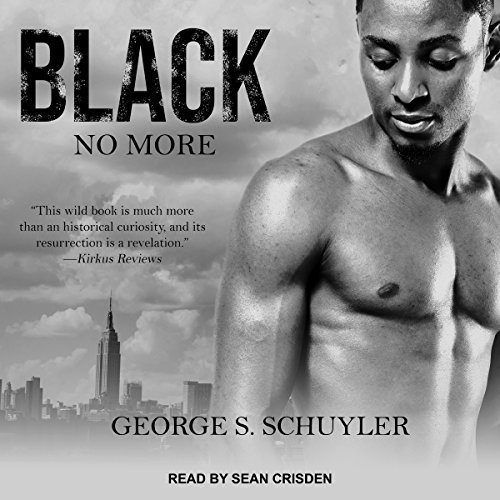 According to Max Disher, an ambitious young black man in 1930s New York, someone of his race has only three alternatives: "Get out, get white, or get along." Incapable of getting out and unhappy with getting along, Max leaps at the remaining possibility. Thanks to a certain Dr. Junius Crookman and his mysterious process, Max and other eager clients develop bleached skin that permits them to enter previously forbidden territory. What they discover in white society, however, gives them second thoughts.

This humorous work of speculative fiction was written by an unsung hero of African American literature. George S. Schuyler (1895-1977) wrote for black America's most influential newspaper, the Pittsburgh Courier, in addition to H. L. Mencken's The American Mercury, The Nation, and other publications. His biting satire not only debunks the myths of white supremacy and racial purity but also lampoons prominent leaders of the NAACP and the Harlem Renaissance. More than a historical curiosity, Schuyler's 1931 novel offers a hilarious take on the hypocrisy and demagoguery surrounding America's obsession with skin color.

I knew a bit about the premise of the book beforehand (a company called Black No More designs a medical procedure that allows people of color to become white). The book does not disappoint. While initially it begins following a young harlemite on his quest to be with a racist (but beautiful) white woman from Atlanta, Schuyler's book quickly grows in scope. The book is a sweeping and scathing satire of black and white America, class, media, politics, and fads. Black No More's humor feels like the marriage of Mark Twain and Ishmael Reed. Despite its age, it is a work that, in my mind, remains astonishingly relevant to our current political climate. And, of course, it's quite funny and the performance is quite good. I binged through this in two days. Very good stuff!

This near century old satire of America's so-called race problem is not only historically significant as a brilliant work of the Harlem Renaissance but also remains painfully pertinent in early 21c America. Crisden provides an inspired reading, his comic touches fully aligned Schuyler's work.

Kudos to George S. Schuyler and Sean Crisden for doing an amazing job. I’m glad I gave this book a chance. I will definitely be getting a physical copy just in case I lose this audiobook for any reason. In addition, I want more books written by Schuyler and narrated by Crisden. I highly recommend this book to all.

I have no words

I'm floored by the numerous turns this story took. given that I hear the dialogue it's that much more immersive!