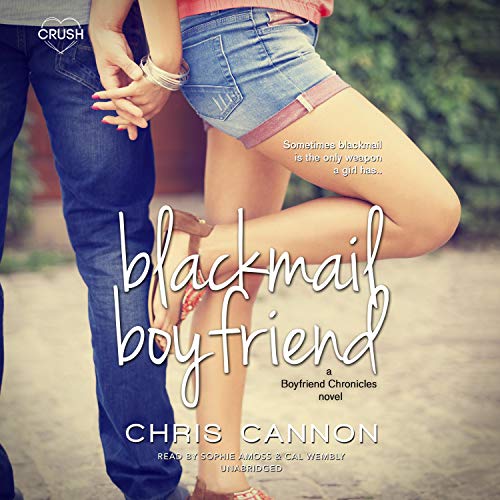 Sometimes, blackmail is the only weapon a girl has....

Haley Patterson has had a crush on golden boy Bryce Colton for ages. But when she hears a rumor that he hooked up with her, she gives him a choice: be her boyfriend for a month to show other guys that she’s dateable - despite her overprotective and very intimidating brothers - or deal with the angry, cage-fighting boyfriend of the girl with whom he actually did hook up.

Bryce didn’t know the other Haley even had a boyfriend. He was just trying to get his ex off his back. And now, not only is he being blackmailed, he’s being blackmailed by an honor student. His new “girlfriend” has two three-legged dogs, her father mows grass at the country club, and she’s...well, difficult. And different.

What listeners say about Blackmail Boyfriend

I wanted to love the characters…

I really wanted to love the characters in this book. The reading was good and it had all of the bones of a cute love story but there just wasn’t much to love about the male character especially. He was pretty rude and didn’t really change all that much and I just didn’t understand why the main character wanted to be with him. His good looks seems to be his best attribute even though we saw a little glimpses of him being a “good person.“ I needed more to believe it and I wanted to see a bigger character arc with him that could have rectified the issue. To top it all off, they weren’t hopelessly in love with each other but rather questioning their feelings thing the whole time. In the end I felt like they were probably gonna date for a while and then break up because they really didn’t seem pretty incompatible.