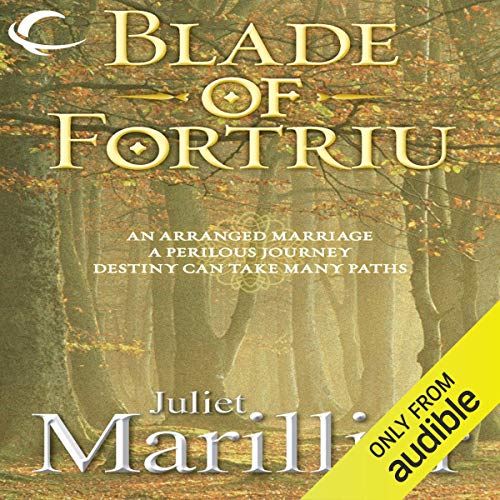 Written by: Juliet Marillier
Narrated by: Michael Page
Try for $0.00

Five winters have passed since young king Bridei ascended the throne of Fortriu. Five years, in which the people have felt a contentment unknown for generations. But the security of a people can vanish in a heartbeat, for wolves are often drawn to fields filled with fattened sheep. Bridei is determined to drive the Gaelic invaders from his lands once and for all. And so, with his land secure and his house in order, he prepares for war. One of Bridei's plans to win the war to come involves the beautiful young Ana. A princess of the Light Isles, she has dwelt as a hostage at the court of Fortriu for most of her young life. Despite being a pawn of fortune, she has bewitched all at court and is dearly loved by Bridei and his queen. But Ana understands her duty. And so she will travel north, to make a strategic marriage with a chieftain she has never seen, in the hopes of gaining an ally on whom Bridei's victory relies.

For secrecy's sake, Ana must travel at a soldier's pace, with a small band led by the enigmatic spymaster Faolan. Bridei implores Ana to trust him and see the good in Faolan…but Ana cannot see beyond his cold competence and killer's eyes. Then, when she arrives at the chieftain Alpin's stronghold in the mysterious Briar Woods, her discomfort and unease increase tenfold, for this is a place of full of secrets and her betrothed is an enigma himself. The more Ana tries to uncover the truth of her new life, the more she discovers a maze of polite diversions that mask deadly lies. She fears Faolan, but he may prove to be the truest thing in her world.

What listeners say about Blade of Fortriu

WHAT A WONDERFUL SECOND BOOK !

this second book in the series was just as good as the first. actually, it was maybe just that little bit better. i like the way it is written, not too much blood, gut and gore, no long drawn out sex scenes...the author gets the point across with out over doing the ugly, un-needed parts. kept my interest, and can't wait to listen to the third book.
the only thing that kept this book from a full boat of stars was the narrators gravelly, harsh sounding voice on too many of the characters for the men. he did a very good job with the female voices, but for the men, well, after a while that raspy harshness starts to get on my nerves.

I enjoyed this title immensely. I found it to be much more interesting than the first book in the series and my heart ached for the characters throughout. I can't wait to see what is in store for Faolan in book three!

I've loved all of Juliet's books but I've found some of the audio versions are read in a super dramatic way that I don't really care for. but the first 2 books in this series have been awesome. Downloading the 3rd now :)

I enjoy the magical realm in books, and like strong women/men who fight for what is right. I was very disappoined in this book, given I felt it was very slow to develop, and very little magical moments. Most of the book was given over to romance, not what I wanted to read, albeit, the story line was interesting, barring the hours of romantic and convoluted personal relationships.

Second book better than first, on to third book!

I bought both books on a series sale, and wasn't happy with the uneven quality of the first book, but still considered it a 4 star book.

The second book in the series has tighter writing, lots of intricate plot lines that weave together, and more sensory descriptions (mostly visual, some sounds, some tactile) than in the first book to help fine tune the mental imagery the reader/listener uses.

The story is much more complex, interesting, and adventurous. Still lacking or awkward in the wit or humor department. It's great that authors do a lot of research and come up with intricate plot lines, but if an author can write despair and horrible treatment of people or fight scenes, what's wrong with some wit and humor as well in order to balance out the human experience.

On to book three!

Sadly this book fails to live up to the promise of The Dark mirror. For me it does this for 3 main reasons:

1. There is too much romance and too little history for my tastes. Of course, for some this will actually be a good thing.
2. Whenever any of the main characters is in a tight spot, a just-to-convenient coincidence occurs which results in saving the day.
3. Michael Page has a rare off day as a narrator. For some reason the voice he uses for Bridei is completely different to that in the first book. I understand that 5 years

has passed, but Bridei has only changed from a 21 to a 26 year old. Michael Page makes him sound like he is 60 in this book.
This is odd, because the voice he uses for other characters is consistent with book 1.
Also, his voices for adult males in general is just a bit too harsh ... and they all end up sounding similar after a while.

I'll probably listen to book 3 to see how things pan out. Here's hoping for less love and more history!

In listening to this book I remembered how capable Juliet Marillier is of completely enchanting you with the world and characters she creates. It actually made me like book 1 a lot less because I believe she could have made book 1 much more interesting throughout. I was also hugely disappointed that Bridei and Tuala's love story that came about at the VERY end of book 1 was just skipped right over and picked up years later in this book. I would have loved to have spent more time with them together in book 1.

Anyway, this book was exciting, mysterious, heart-breaking, and lovely. It was everything you would want in a story, although maybe it was lacking a bit of depth with the characters. The narrator was fine in book 1 since most of the voices were either of young people or old people and he managed that quite well. But this book was mostly people in their teens and 20's and the narrator made all the men sound old and creepy, or like hobbits. That put me off particularly when it came time for the sentimental scenes or romance, especially, because it sounded wrong.

This second book was fantastic. I fell in love with the villains as well as the heroes. The weaving of characters intertwined with each other was masterful. I kept trying to figure out what was next and then gave up and let the author guide me. I can easily forgive the narrator for anything he had a mighty tale to tell and overall was excellent. A must read or listen

Excellent character development, lots of intrigue, and a side of magic. Found myself listening every chance I got.

This is more engaging and gripping than first book due to more subplots. All the characters are interesting and relatable, even the villains. More action, danger, and intrigue than first book. Held my interest to last pg.