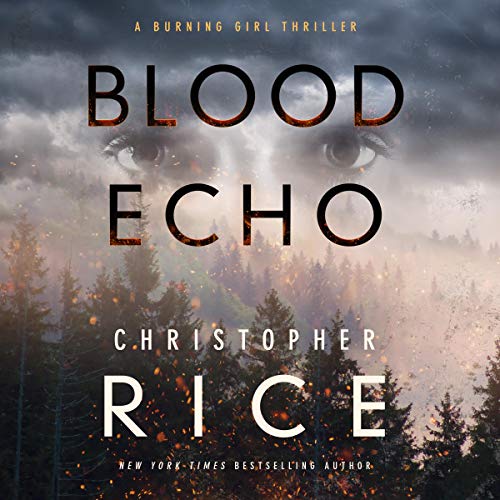 Written by: Christopher Rice
Narrated by: Lauren Ezzo
Try for $0.00

A conspiracy that promises bloodshed and the only woman who can stop it collide in the pause-resisting thriller by Christopher Rice, Amazon Charts bestselling author of Bone Music.

Kidnapped and raised by serial killers, Charlotte Rowe suffered an ordeal that made her infamous. Everyone in the world knew who she was. But no one in the world has any idea what she’s become…

Charlotte is an experiment. And a weapon. Enabled by a superpower drug, she’s partnered with a shadowy pharmaceutical company to hunt down and eliminate society’s most depraved human predators. But her latest mission goes off the rails in a horrifying way. Unsettled by her own capacity for violence, Charlotte wants some time to retreat so she can work on her new relationship with Luke, a sheriff’s deputy in the isolated Central California town she now calls home.

If only the threats hadn’t followed Charlotte there.

Something sinister is evolving in Altamira, California - a massive network of domestic terrorists with ties to Charlotte’s influential and corrupt employers. As a vast and explosive criminal conspiracy grows, the fate of Charlotte’s hometown hangs in the balance. With everyone she cares about in danger, Charlotte has no choice but to bring her powers home.

Charlotte Rowe has been triggered, and now she’ll have to take matters into her own powerful hands.

What listeners say about Blood Echo

I purchased this audio book after reading the reviews. The narrator did an okay job but it wasn’t enough to substantiate the reviews I read. I couldn’t wait to be finished.
Save your money/ credits.

Fabulous story and narrator did a superb job reading! Can't wait to read last installment in this series!! Thank you!!

As usual, Lauren's narration is fantastic. She has a keen understanding of pitch, tempo, and inflection and she is one of very few women who can pull off a convincing male voice!

I haven't read any of Christopher Rice's other work, but so far with this series he never fails to impress.

Now, in fairness, the quality of the prose is not amazing. He uses a lot of passive voice and clunky constructions.

The way the POV switches from first to third person and back can be a little jarring, but as with the previous book, this is a masterclass on how to write in the present tense without it feeling like a gimmick.

And with that being said, I love Charlotte and Cole as characters. Both are very deep, complex, real-feeling characters. I especially love that while Charlotte is generally a good, moral person who wants to help people, she has a dark streak that tends to get people hurt, especially when someone she cares about is in danger.

This book goes into some more depth about her capabilities and limitations and stayed interesting and compelling even through the slower parts.

I definitely recommend this series to anyone, so long as you aren't too squeamish.

Better than my own voice

I’ve only listed to three audio books and I admit that with this series it was the better option. As I read the story I felt my anxiety rise with each word. Listening to the book gave me some mental distance. Hearing the calm tenor of the performer allowed me to see a slightly different scene in my head than the much more morbid version my inner voice had created. It made the story much less cerebral and more like a stage play reading.
It was definitely a gripping story without my added mental gymnastics and just the novel characterizations laid out before me.

I did not like this at all I tried to like it The story was unclear Some group is giving enhanced strength to people to fight and kill serial killers. Just odd.

I returned it for another type of book. The narrator was doing a nice job but the content was sick.

Great book love the store and the performance was great. Can’t wait to get another book of Christopher Rice’s, awesome.

Struggled to finish. I found this book too wordy and slow. Started out Ok, but too many characters added caused confusion.

Strong story and even stronger reading.

Mr. Rice has a way with with the English language that Picasso had with the spectrum of color. Doo. Creative and imaginative. Our narrator captured the the imagery wonderfully for my ears and mind. Thank you to all invovled. Very enjoyable and memorable.

great hook for the story-line, but nothing profound. good, mindless entertainment. could be developed much more. quick read.

I really enjoyed the first book in this series and the second was just as good. Awful bad guys, conflicted good guys and frustrated geniuses make for a fun romp.