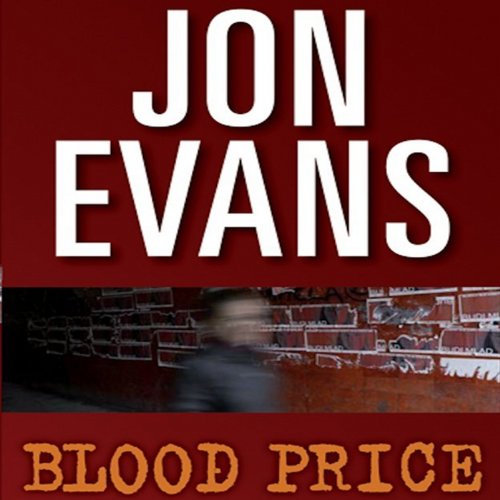 Don't turn on Blood Prince unless you are prepared to be addicted. Scenes happen fast, in places as diverse as postwar Bosnia and Burning Man, and it is the author's fidelity to history and place that give the fictional narrative of the story credibility and excitement. Eric Martin's expertly dark narration lends an intensity to the tone of the audiobook, which does not skimp on intrigue - smugglers, gangsters, and criminals of all kinds show up in every corner of the world. This is a modern crime drama with a good splash of romance, suitable for veteran and new recruits to the genre.

Paul Wood and his girlfriend, Talena, were just tourists in Sarajevo, a city still reeling from the aftermath of civil war. But an unexpected encounter makes them a desperate woman's only hope of escape. Now, to get her to safety, they must navigate through the minefield of warlords, criminals, and peacekeepers that is postwar Bosnia.

Pursued by brutal gangsters and unable to leave the country legally, Paul agrees to do a job for a shadowy group of people – smugglers - in exchange for safe passage. The smugglers seem friendly. The job seems harmless. But when he discovers the secrets seething beneath, the repercussions will propel him on a perilous journey around the world - from a warlord's compound in lawless Albania, through the jungles of Latin America, and toward an explosive confrontation at the extraordinary Burning Man festival in the Nevada desert.

What listeners say about Blood Price