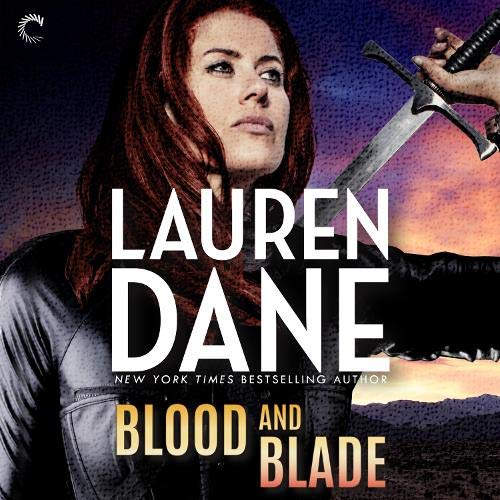 Rowan Summerwaite is ready to finish what she started in Blood and Blade, the next installment in the Goddess with a Blade series by New York Times best-selling author Lauren Dane.

It’s been only days since Rowan and her friends eliminated the immediate threat to magic users and vampires, but they’re already back on the hunt. Rowan’s out for vengeance, and she’s never been more driven - or angry. But she’s up against a being stronger than any she’s ever fought. To bring it down, she’ll need more than the powers the goddess, Brigid, gave her....

This time she’ll need her friends, too.

She knows her husband will always have her back. As an ancient vampire and Scion of North America, Clive has more clout and dominance than almost anyone. Rowan’s small but trusted inner circle insist they’ll join her in the thick of the battle, even as she argues it’s too dangerous for them. She’s also got a new dog. Familiar. Whatever. Star is a magical being put in Rowan’s path to help and protect her.

The hunt for ancient evil takes Rowan and her team to London and back to Las Vegas, bringing with them an unexpected alliance. Fortified by their rage, grief and determination, Rowan and her friends will stop at nothing when they track their enemy to the high desert in a final, deadly showdown.

This audiobook is approximately 77,000 words. This title is part of the Carina Press Romance Promise: all the romance you’re looking for with an HEA/HFN. It’s a promise!

What listeners say about Blood and Blade

I hope this series can go on for a long while. All the characters suit me to a tee. The story s good and looks like we'll be adding the Fae in the future. While this sounds like "the end," I'm hoping not. Please find a way. Rowan and Clive with all the attendant personnel must keep the fires burning. Thanks

wish it was longer

love this series abs I'm always sad to finish each book. I hope that Rowan and her crazy band of friends will continue to have adventures fie years to come

Wonderful, as is the rest of the series

Really enjoyed how the development Genevieves character in this one. Lots of priceless funny, sarcastic Rowan moments, as always. As well as those between Rowan and Clive and Rowan and Carl (the taxi driving Sage).
I enjoyed both the story and the performance as I did with all the previous books/audio versions in the series. I just hope she writes more!!!

Ms. Dane understands that powerful women can have foibles as well as strength! she creates fascinating characters. I truly enjoy all her books