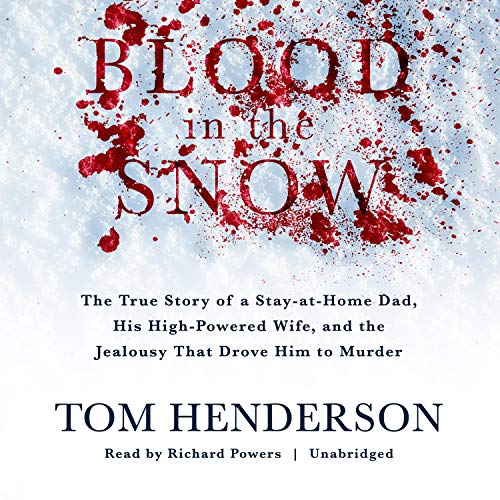 Blood in the Snow

In Washington Township, Michigan, on Valentine's Day, 2007, Stephen Grant filed a missing persons report on his beloved wife, Tara. The stay-at-home father of two was beside himself with despair. Why would Tara abandon him and their family? Was she involved with another man?

Stephen's frantic, emotional search for Tara made national headlines, and the case was featured on Dateline among other television shows and news outlets. But key elements in Stephen's story still weren't adding up: Why did he wait five days to go to police? What was the nature of his relationship with his children's beautiful, 19-year-old babysitter? Why did Stephen have cuts on his hands, and random bruises? Then, the police made a gruesome discovery.

Parts of Tara Grant's body started turning up around the woods near their home. The truth was finally coming to light...and, after a two-day manhunt, Stephen admitted to having killed Tara―first strangling her, then cutting her body into 14 pieces before burying them. This is the shocking true story about a bitter, cheating husband whose crimes were revealed by the Blood in the Snow.

What listeners say about Blood in the Snow

I am a lover of true crime books. Being a retired police officer, in both patrol and detective work, I guess it never leaves you. It was well paced, heart wrenching, and at the same time, sarcastic and entertaining. This is the first book by this author I have read (listened to)and it will not be the last. A good book can be ruined by a poor narrator, this was not the case here. Narration was excellent.

I have read and actively studied true crime for upward of 30 years. I found this story itself to drag on. Strangely, it just didn't deliver the suspense that many writers can. It was just "okay". Not entirely intrigued by the narrator either In my experience, he was just not properly suited to the reading of a crime story. Quite FLAT all around.

I enjoyed this book . It just amazes me what one human can do to another.

This was a well paced re-telling of the events and wow what a wild ride it was. So glad he was caught

I couldn't believe this story was true until I looked online and found out it truly was. I couldn't put this book down at all.

Tom Henderson is one of the better true crime writers around, close in quality to the two Olsens, Ann Rule etc. Here he does justice to the story of yet another psychopath who shatters the world of everyone he touches. His crime is truly heinous, and his bug-eyed facade of crocodile tears fools no one into believing that he actually has a shred of compassion anywhere in his being. This case is literally one for the books, and is taught in criminal justice classes.

This is a good book, to read especially the court room scene's. The only thing I would like to add, is that the Author, should have let the readers, know more about the main people in this book, their lives leading up to what occurred, but it's still a good true crime book. So Tragic, and disgusting!!! the husband, and so much sorrow for the children and that's a understatement..... LB Blair.

Long winded with lots of tangents

The story is very interesting. I Just started listening to true crime and this one’s pretty good. I did not, however, like how long winded the author was. He often told back stories of characters that seemed unnecessary and long-winded. As an audiobook that I listen to while I was driving I found myself questioning who and how these stories related to the main story. I continually had to rewind a couple minutes to figure out who was being talked about and why it was necessary to dive so deeply into their backstory.
If you really like to get into the details this book may be for you. If you want a high fly over with some mystery and twists Find another book.

Disappointed in story. Didn't really get to "know" the victim and the timeline was drawn out in a strange, anti-climatic style.

Who cares about the detectives high school life

This book bored me because it went off on so many tangents. No one cares where the detective went to prom or worked in high school. Too much information. Just tell the story

How could anyone do this to another living being...especially one he had loved & gave him children. Is our society warped or do we watch too many violent movies?

The warning signs were there, but no one anticipated what the warning was about. Sad for the mother. but the children were also victims.

Better than I expected

Overall, a great listen/story however a little slow to start/get into at the beginning but eventually I couldn't wait until my next opportunity to hear more. As for performance, I have to adjust to any voice that isn't Kevin Pearce but quickly got used to this narrator.

Author does a great job of presenting facts, background, descriptions. Solidly narrated. If you’re a true crime buff, you will like this.