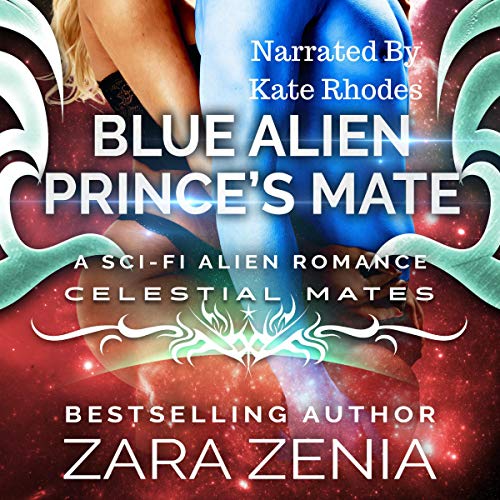 Written by: Zara Zenia
Narrated by: Kate Rhodes
Try for $0.00

An alien prince. A human mate. One obstacle standing between them and happiness.

Cindy was in an abusive relationship and managed to leave and get a job. For the past two years, she was struggling to make ends meet. Now, she just lost that job and tries to ask for help from her sister, who is reluctant due to her controlling husband.

She feels she has no other choice but to apply through Celestial Mates as a mail-order bride. Little does she know that the title of the ad, “Out of This World”, will involve her leaving Earth and living her life with an alien.

Togtulir is an alien shifter prince. He saw his father die in battle and fears he won’t be able to follow in his father’s footsteps. His people looked up to his dad, but Togtulir was a playboy who never took his role seriously.

His people feel they are in despair and are desperate to have a new leader. Togtulir believes the only way he can prove he has changed is to settle down and find a wife. Only problem is he can’t find a suitable bride on his own planet, so he decides to get a mail-order bride through the Celestial Mates agency.

Cindy is surprised she is on an actual alien planet. She originally thought she was just on an island back on Earth. She falls in love with Togtulir. But then he shows his true, blue, alien form, and she’s not sure how she feels. On top of that, there’s someone from Togtulir’s past, his childhood friend, who doesn’t want him marrying Cindy.

Will she be able to handle living on an alien planet? Will Cindy and Togtulir be torn apart by his childhood friend? Will he be able to have a royal wedding he dreams of to bring peace back to his people?

Blue Alien Prince’s Mate is part of the Royally Blue - Celestial Mates series and is a full-length science-fiction romance novel. There are no cliff-hangers, no cheating, and a guaranteed happy ending!

Not a bad book but is cringey at times. I want to smack the chick upside the head a few times. Asking why the sun set was green should have been the first clue. But it wouldn't be a romance novel without a clueless all about me chick.