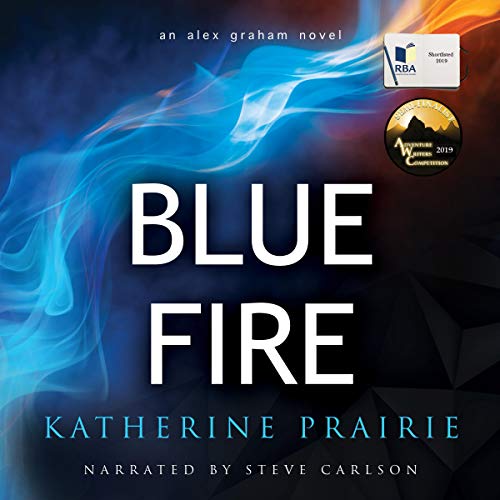 Written by: Katherine Prairie
Narrated by: Steve Carlson
Try for $0.00

Tanzanite, a rare blue gem born in fire and revealed by lightning, is found only in the Merelani Hills of Tanzania. But now the death of a gem smuggler points to another possibility. A South American mine owned by Tabitha Metals may hold the find of a century. But why is it kept hidden from the world? Geologist Brian Graham can draw only one conclusion: The mine's untraceable wealth is used to fund terrorism. And he must reveal the truth.

Brian heads to Colombia to check out mines there while his geologist daughter Alex and Tanzanian miner Mosi Ongeti start in Brazil. But their daring plan ends with a gunshot, and they are now pursued by the henchmen of a sinister, powerful arms dealer.

In a high-stakes race across two continents, Alex fights to expose the mine before the man behind Tabitha Metals can stop her.

What listeners say about Blue Fire

The heroine is strong and has a unique profession. There's plenty of tension in the book centered around illegal mining. The story is plausible and is based in real world events. The prose is strong and the narration excellent.