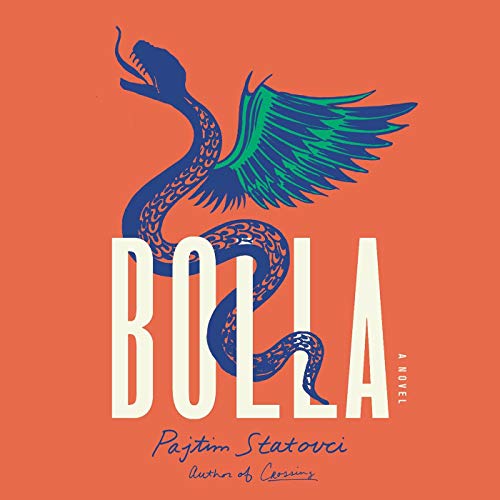 From the author of Crossing - a National Book Award finalist - comes a dazzling tale full of fury, tenderness, longing, and lust.

April 1995. Arsim is a 22-year-old, recently-married student at the University of Pristina, in Kosovo, keeping his head down to gain a university degree in a time and place deeply hostile to Albanians. In a café he meets a young man named Miloš, a Serb. Before the day is out, everything has changed for both of them, and within a week two milestones erupt in Arsim’s married life: his wife announces her first pregnancy and he begins a life in secret.

After these febrile beginnings, Arsim and Miloš’s unlikely affair is derailed by the outbreak of war, which sends Arsim’s fledgling family abroad and timid Miloš spiraling down a dark path. Years later, deported back to Pristina after a spell in prison and now alone and hopeless, Arsim finds himself in a broken reality that makes him completely question his past.

Entwined with their story is a re-created legend of a demonic serpent, Bolla; it’s an unearthly tale that gives Arsim and Miloš a language through which to reflect on what they once had. With luminous prose and a delicate eye, Pajtim Statovci delivers a relentless novel of desire, destruction, intimacy, and the different fronts of war.

What listeners say about Bolla