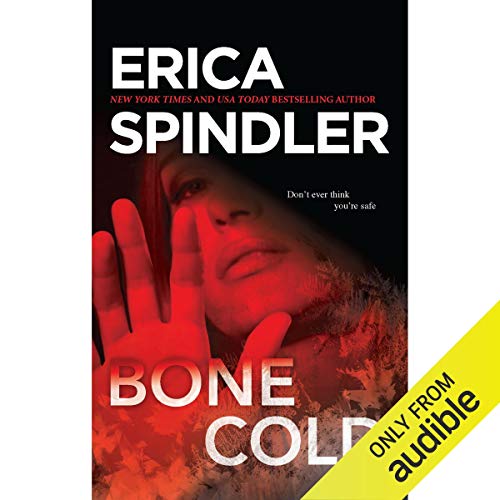 Written by: Erica Spindler
Narrated by: Natasha Vincent
Try for $0.00

She thought the nightmare was over....

Twenty-three years ago, Anna North survived a living nightmare. A madman kidnapped her, cut off her pinkie, then vanished. Today Anna lives in New Orleans, writing dark thrillers under another name. She finally feels safe.

But it was onlt just beginning.

Suddenly Anna’s quiet life takes a frightening turn. Letters start to arrive from a disturbed fan. Anna is followed, her apartment broken into. Then a close friend disappears.

Anna turns to homicide detective Quentin Malone, but Malone’s more concerned with the recent murders of two women in the French Quarter. But after a third victim is found - a redhead like Anna, her pinkie severed - Malone is forced to acknowledge that Anna is his link to the killer...and could be the next target.

Now Anna must face the horrifying truth - her past has caught up with her. The nightmare has begun again.

What listeners say about Bone Cold

this is the first book I've experienced by this author. the basic story line was good and did keep me interested. however, the narrator was terrible and at times made me think I was listening to minnie mouse. plus, towards the middle to end of the story i was going to scream if I heard Anna's name said one more time. it was like in a conversation between two people, one of whom IS Anna, her name was repeated...as if she had forgotten who she was. and I have to say the romance scenes we're eye-rolling silly. all that being said, the basic story was that of a good mystery/thriller , though I'm not sure I was surprised by who-dun-it, but it did keep me interested in how the story would play out.

narrator was great. good story. kept me interested to the last. which is very important to me.

Loved the story, hated the narrator...

I really enjoyed the story itself, but COULD NOT STAND the narrator. She was FAR to breathy while speaking and the voices she used for the different characters were FAR too high pitched and unbelievable.

loved it. it was fun and exciting and scary all rolled into one..
best part to me was finding out who did the crime.

This book was extremely difficult to figure out who the perpetrator was. It was intricately interwoven with all the characters portrayed so that at one time or another, they all came under suspicion. Loved it!

Best Listen in a Long Time!

Outrageously Phenomenal! So many different elements. Had me choosen different characters of DPD. Good Listen!

What made the experience of listening to Bone Cold the most enjoyable?

Entire story was well written. Enough romance to be enjoyable but not over the top. I love a good thriller with some romance mixed in.

What does Natasha Vincent bring to the story that you wouldn’t experience if you just read the book?

She did very well on making the voices recognizable.