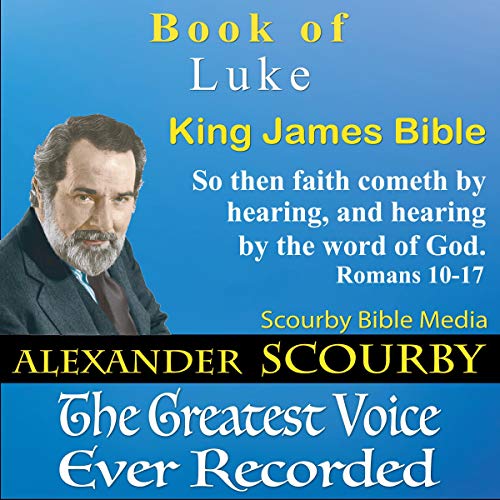 The books of the Bible were written at different times by different authors over a period of approximately 1,500 years from around 1400 BC through AD 90. The Old Testament was written in Biblical Hebrew excluding the books written during "the Chaldean captivity", such as Daniel and Ezra which were written in Biblical Aramaic during the Chaldean captivity.

Alexander Scourby was the first to record the King James Bible on audio in the early 1950s. Since then, millions have been sold the world over. Although many have recorded the Bible over the years, no one could ever match Scourby's unparalleled and majestic reading. The combination of Alexander Scourby reading the King James Bible is an incomparable hearing experience.

The Chicago Tribune wrote that "Alexander Scourby has the greatest voice ever recorded."