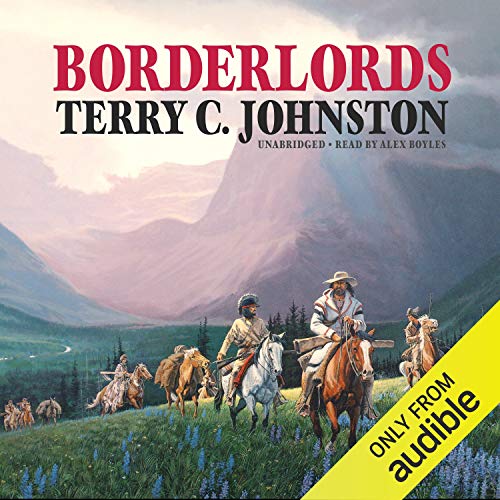 They had settled a bloody score and put the turncoat McAfferty to rest in the snowbound Rockies. Slowly, painfully, the wounded Paddock and Scratch found their way back to the Crow village, where they were welcomed as brother and son. The people of Chief Arapooesh offered rest, healing, and home to the mountain men. Then a misunderstanding over a beautiful Crow woman drove the friends apart, propelling Scratch into the unforgiving wilderness on a lonely, dangerous quest. Paddock, too ill to travel, was at first unable to follow, unable to explain. But they were destined to meet again, and to reaffirm a bond deeper than blood, at the historic 1833 Green River Rendezvous. And together, they would face an enemy greater than either had ever known.

What listeners say about BorderLords