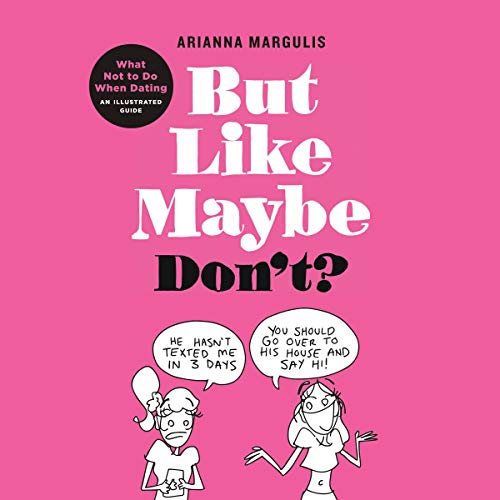 The creator of the Instagram sensation But Like Maybe takes us on a journey through her worst dating mistakes - a hilarious, hopeful guide to what you need to get wrong in love before you get it right.

Arianna Margulis' pen was set aflame when a boyfriend took her for a walk in Central Park. She was sneak-attack dumped because she "interfered with his meditation schedule." After a few sobs, she found her way to a Sharpie, doodled the hilarity and the heartbreak, and But Like Maybe was born. As her cartoons became an Instagram cult hit, Arianna chronicled her misadventures through modern love via a crop-topped doppelganger, equal parts optimistic and anxious, who holds tight to the belief that bae is out there.

Now, her first audiobook is a witty and winning primer on what not to do when dating. Inspired by all the ways Arianna's gone wrong in her search for love, from planning matching outfits with her high school boyfriend without his knowledge to deplaning an aircraft because her crush texted, this charming and off-kilter anti-guide gently leads you to what matters: realizing that you're already pretty awesome.

With plenty of advice for recognizing and moving on when he's just not that into you, Arianna shows how to not let a read receipt ruin your night, what to do when the slow fade commences, and how to flip the busy script on a guy. Dating can make the best of us a bit crazy. Keep this guide by your side so that the next time tequila urges you to text your ex, you can instead tell yourself...but like maybe don't.

Good Delivery, Not Much for Advice

This short listen is filled to the brim with the misadventures of one in the dating game. I'm it she does what we should all learn to do at one point or another; laugh and cry it out when the going gets tough. It's a pretty important lesson to learn as you get more apt with your relationships.

The main shortcoming with this book is that there's not much more than that. It doesn't do much to delve into the mistakes that are made along the way, only going as far to tell the reader that she went to her friends or parents when things go tough. The sound effects and voice acting are a bit on the cliche side, but if that's your cup of tea you'll get a kick out of it!

All in all, this book is great for people in and out of the dating scene. Just don't go looking for that in-depth advice you'll need for more complex issues.