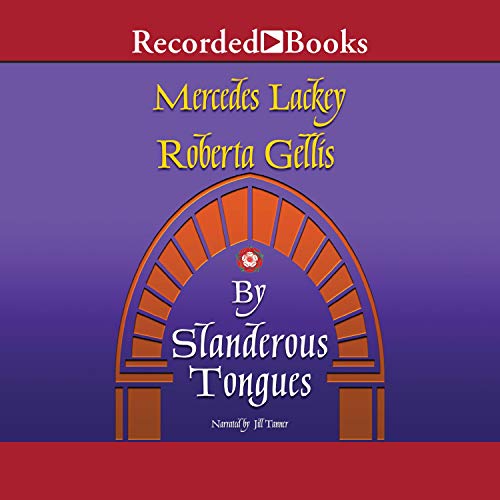 Trouble, trouble, the plots do bubble! King Henry VIII has finally joined his unmerry wives in the afterlife, and the Unseleighe Sidhe, the Dark Elves, are bent on subverting the English throne and bringing back the sorrow, horror, and despair of the Middle Ages. After all, that's what made the bad old days so much fun - for them!

Enlightenment's hope? A mere 14-year-old girl. A bright and adaptable 14-year-old to be sure, but still - what chance has such a young thing against the Unseleighe Sidhes tangled web of treachery and depravity? A pretty good one. You see, the girl's name is Elizabeth, and that fiery red hair is no lie. Whether immortal lord or malicious mortal, young Elizabeth Tudor's enemies cross her at their peril!

Two hugely popular master storytellers of historical fantasy brew up an elvish conspiracy for the ages in this exciting sequel to This Sceptrd Isle and Ill Met by Moonlight.

What listeners say about By Slanderous Tongues