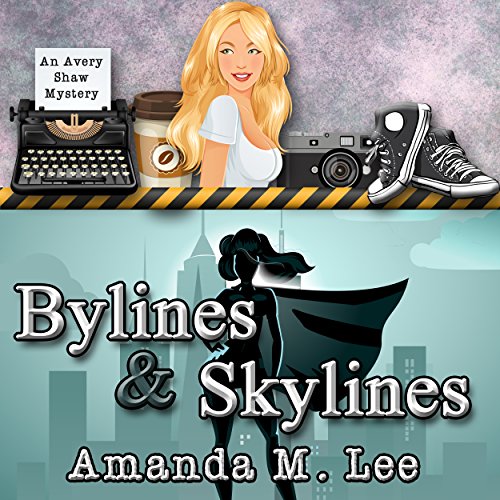 Life is changing for Avery Shaw. She's searching for a house with her boyfriend Eliot so they can officially move in together. She's been gifted special passes to Macomb County's comic book convention - and she couldn't be more excited. She's also been put in charge of her most hated enemy at work, and the power is going straight to her head. When Eliot lets Avery visit the convention center early, the duo stumble across a dead body and Avery's happy week is thrown into turmoil. She's determined to find answers and figure out who killed the victim, but she has her hands full with other things - including her personal life - as well. Her former boyfriend Jake Farrell is in charge of security at the convention center - with an assist from Eliot - and he's dealing with his own personal issues. In addition to jealousy over Avery and Eliot moving forward, he finds his relationship with his girlfriend Cara going down the drain. Comic book conventions are filled with funny folks, and Avery is happy to meet all of them - no matter how odd. As she gets closer to a killer, though, she becomes the new target. Jake and Eliot have to work overtime to keep Avery safe, but in the end, she's the one who has to save the day if she expects those around her to survive. In a world full of superheroes, Avery may be the most wonderful of them all...as long as she lives to tell the tale, of course.

What listeners say about Bylines & Skylines

Where does Bylines & Skylines rank among all the audiobooks you’ve listened to so far?

One of the top really. I am a total audio book lover and get as many as I can. The writing of Amanda is too fun and full of snarky and sweet bits you do not want to miss.

The lead girl Avery Shaw. She is that snarky, crazy, fun loving loyal friend we all want to have.

When Avery went nuts over the Wonder Woman costume and had to put it on and have it :D

Oh yes it makes me laugh a lot. Avery is just so crazy and loves to kick people in their naughty place lol.. Just the way she thinks and speaks and interacts with her family, boyfriend and friends is so much the kind of person I want in my real life.

These books are very well written. I have read all of the Avery Shaw series. This was my first audio book from the series and I just had to have the rest. Angels voice does take some getting used too but once your in the book you see she does fit Avery well. You will be surprised and laugh and feel good while listening to these books. They help me with creativity in my online work. You will not be sorry you got them.

most unlikable person on the planet

There are not enough negative adjectives to describe Avery ,but the highlights are selfish , immature, shrewish arrogant and obnoxiously irritating. It took everything in me to listen to this. Her character and the narration were like nails on a blackboard, and I lost precious hours of my life listening to this. Big mistake on my part. The men in the heroine's life were chumps who appreciated big mouthed empty headed barbies. I voluntarily listened to a free copy of this and am giving an honest review. The narrator was awful.

Avery’s life is a mess, and who does like her if anyone. From the new publisher and the staff at the newspaper, to her love life. Enjoyable and with good narration. Given audio for my voluntary review

This book was awesome! I love the snarky humor.

This book was awesome! I love the snarky b humor. she really makes you fall in love with her characters. This n is one of my all time favorite series.