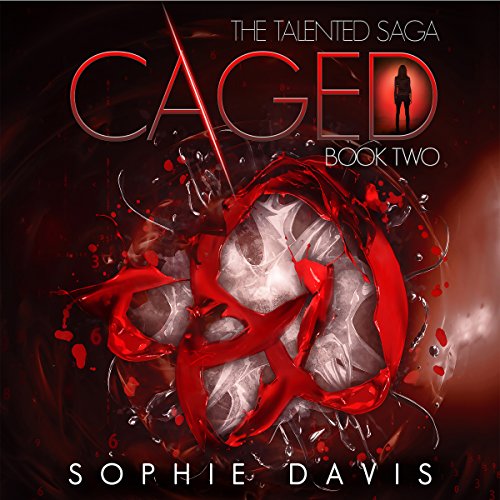 Written by: Sophie Davis
Narrated by: Angel Clark
Try for $0.00

After her brush with death at Ian Crane’s compound, Talia Lyons feels like a prisoner, confined in her childhood home. Plagued with seizures - the result of an unidentified drug injected in her neck by Crane’s men - Talia must put her dream of becoming a Hunter on hold. So when Agency Director McDonough asks Talia to go undercover at the School for the Talented, to find the spy who set the trap for her in Nevada, Talia jumps at the opportunity.

Soon she learns that her newfound freedom comes with a price - working with Donavon on a daily basis. As if that isn’t awkward enough, her former teammate Erik also shows up at the school. But at least Talia has the unexpected company of her best friend, Penny, not only to assist her in uncovering the spy but also to deal with the complications that the guys create.

As Talia becomes more entrenched in her assignment, she quickly learns the lengths that the agency and Mac will go to in the name of war. With Crane’s influence spreading, Talia learns that there are few Operatives without ties to the Coalition. Forced to face hard truths and dangerous conclusions, Talia realizes that it is those closest to her who are hiding the biggest secrets. As the task of finding the traitor becomes more problematic, desperation and frustration rule Talia’s world. It becomes clear that Talia can’t do this alone. But who can she trust when everyone around her is lying?

I love the story of the Talented Saga! Talia is developing into a really strong character and I love that the main characters’ personalities and thoughts are shown when a chapter is written in their point of view. The story line is getting really interesting too. I have been loving the books written by Sophie Davis.

I was just a little unsatisfied with the style of the narrator but it wasn’t unbearable.

I am looking forward to more audio books by Sophie Davis!

This story just keeps getting better and better. I cannot wait to see what happens in the next book.

Wanting the next one

These books leave you wanting more and leave just enough of a twist at the end of each one to make you u sure of what will happen next. I really enjoy these books.

It's getting hot in here!

The complexity of the story really starts to come out in this second book. Some things you'll probably suspect but some, trust me, you won't guess! The world is a messed up place in this book and every time you think you've got a handle on who's who and what's what...yeah, you'll be turning around and around
I very much enjoyed this second book - I was given a copy for an honest review.

Second book was just as good if not better then the first! Must read the first one because it leaves you wanting more and it gives you a back story that you need. Great narrative and overall good and entertaining story.

This is the second book in the series. And it is epic. Talia is an agent that jumps at the chance to go undercover, but it is proving to be more of a challenge, then she pevious thought. This is a quite the intriguing listen there are lots of twists and turns in this epic page turner. That has fantastic world building. This series would make a great netflix addition. The Author and Narrator have done a fantastic job at bringing this read to fruition. I definitely recommend it.
Shauna Joesten

i loved every second of this story. i couldnt stop listening even with me not loving the narrators voice. there is so much going on with all sorts of emotions that i kept going and going even when i had other things i should have been doing. i cant wait to get ahold of the next book and find out more!

This is the second book of the series. Just like the first book, I loved this one. It is full of action and is very fast paced. Tal has just failed her solo mission. She now is having to overcome several new obstacles. The director believes there is a spy working for Ian Crane among them. She is determined to find out who it is. All I can say is I have to have the next book immediately.