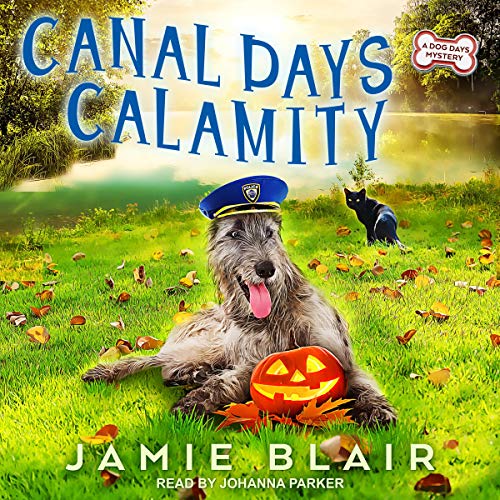 Written by: Jamie Blair
Narrated by: Johanna Parker
Try for $0.00

Cameron Cripps-Hayman has stepped in it again.

Cam is taken aback when she stumbles upon a murdered neighbor behind her sister's shop, Dog Diggity. The timing couldn't be worse, as it's only a week until the store's grand opening during Canal Days, the biggest festival of the year.

When the police arrest her handyman, Cameron knows they have the wrong suspect, so she and the rest of her Metamora Action Agency set out to crack the case.

With a flood warning and a murderer on the loose, she and her team need to work their tails off to uncover the real killer before the town's big money-making weekend gets snuffed out.

Canal Days Calamity is an entertaining addition to a well written series. I enjoyed this book and look forward to the next book in this series.