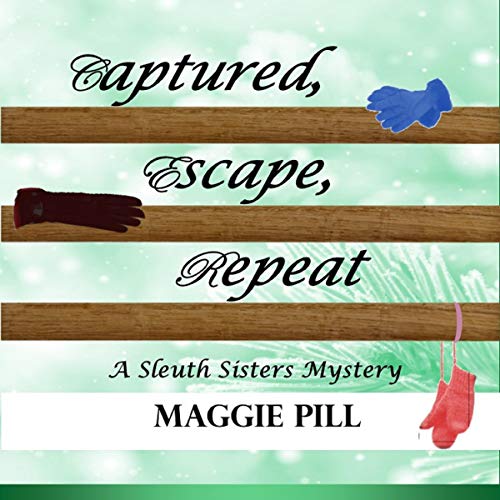 Retta and her FBI-agent boyfriend stop in Green Bay, Wisconsin, for the night. Lars goes out on a mysterious errand and disappears, leaving a text message that says he's dumping Retta for an old flame. The police take the message at face value, but Retta, sure it's a lie, calls in sisters Faye and Barb.

As they begin following leads, they meet three sisters who might be future versions of them: Betty, a sweetheart who loves the Green Bay Packers; DeeAnne, a dramatic type who is always in acting mode; and Lydia, a business-like grump. They say they don't know where Lars could be, but something doesn't smell right at their antique/vintage shop located in an old mill, and it isn't just the many cats that roam the place freely.

Retta is soon captured and held prisoner. She escapes, is caught, and escapes again...and again because Retta isn't the type to give up. Barb and Faye search frantically for her with Styx the Newfoundland as their clumsy-but-dedicated ally. Their investigation leads them to stolen Iraqi artifacts, an old farmhouse in the sticks, and assistance from a member of the Green Bay Packers.

Knowledge is power, but success had better come quickly because the criminals' plan is for Retta - and anyone else who gets in their way - to die.

Maggie Pill has crafted another excellent installment in her Sleuth Sisters series. It has all the fun and excitement of previous installments. Anne Jacques, Judy Blue, and Liz Cloud give stellar performances as they bring it all to life.

this is the second book in this series that I read and I absolutely loved it!
the story is fun-paced and the characters are so full and evolving.
loved it!
I received this audiobook at my request and I voluntarily wrote a review.

I’m from the Upper Peninsula so I enjoy regional stories. Maggie’s books are always enjoyable. Just the right amount of humor mixed in with the mystery. I thoroughly enjoy the readers who add depth to the characters.