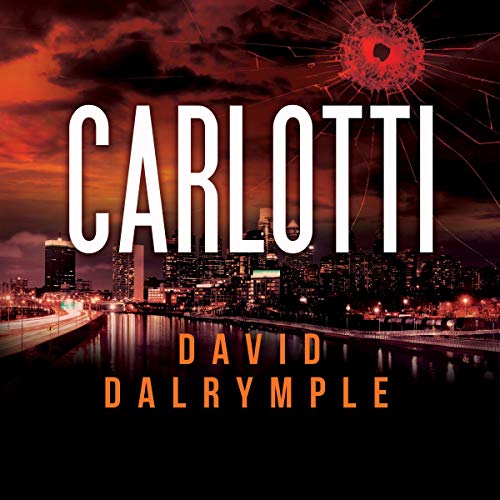 Growing up the son of Philadelphia's most notorious mob boss, Nick had two choices: Sell his soul or flee. It seemed like a lose-lose. Dr. Nick Carlotti, a self-centered but gifted plastic surgeon, refused to follow in his father’s ruthless footsteps. For 18 years, he remains unscathed by his family’s dark legacy but when his mother dies in a suspicious fiery car crash, he has no choice but to confront the beast head-on. An hour before the accident, witnesses observe Liza Carlotti conversing with state senator Lloyd Mays, an odd meeting given Mays' previous efforts to take down the mob.

Nick believes Mays may be responsible for his mother’s death, but it just doesn’t add up. Too many ties still exist between the accident and his father’s men, including a series of clues his mother left in her journal, a Bible, and a strange paperback book. When a small-time drug dealer ends up under Nick’s care after a failed hit, the mystery deepens.

Detective Maurice Rawls, a zealous Philadelphia detective, uncovers strange connections between Senator Mays, a missing lounge singer, a dead prostitute, and Nick’s mother. On separate but converging paths, Nick and Rawls race to seek the truth. But the truth can get you killed.

I thoroughly enjoyed listening to this book! The story pulled me in quickly and kept me interested through every chapter.

The author’s attention to detail allowed me to visualize what was happening along the way.

I highly recommend this book and can’t wait for David Dalrymple’s next book!

It was the first audio book for me. It was hard to stop the story at times. Will look forward to see if there is another book. The story kept me completely enfolded and interested throughout. Gave it 4 to 5 stars well deserved.

Couldn’t put down the book once I started reading! Each chapter had me wanting to see what was going to happen next. Great work Dr. Dave! If not doing oral surgery, taking professional pics, he’s writing...man of many traits!

Between the brilliant writing style and vocal talent, I was completely immersed into this book. The details of the characters and their experiences made me feel like I was a part of the unraveling mystery. I couldn't wait to find out what was going to happen next and was pleasantly surprised with the ending. I'm already looking forward to reading more by this author.