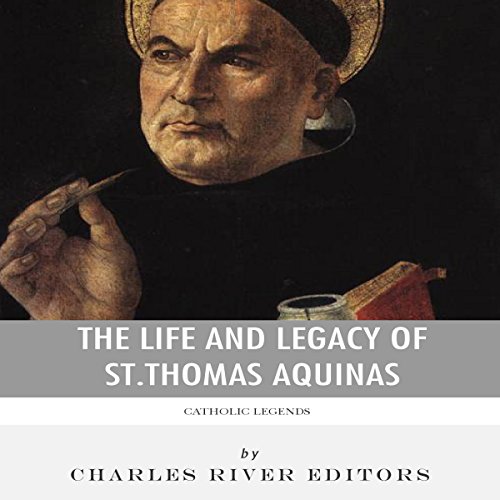 Catholic Legends: The Life and Legacy of St. Thomas Aquinas

It would be hard to overstate the influence that St. Thomas Aquinas (1225-1274) has had on both the Catholic world and the West as a whole over the last 750 years. Even in secular circles, Aquinas is known as one of the most important medieval philosophers, and in many respects a harbinger of the Renaissance that began to flourish across Europe in the centuries that followed his life. His groundbreaking work, Summa Theologica, remains one of the most influential philosophical texts in history, earning him a place in the pantheon alongside Plato, Aristotle, and Socrates.

Aquinas had just as great an influence on Christianity as well. His philosophical works forged and established natural theology, squaring Catholicism with reason and logic, the ideals and aspects of modern thought that really took hold during the Renaissance. With his work on logic, theology, and metaphysics, as one of the Church's Doctors, Thomas Aquinas remains the Catholic Church's greatest theologian and philosopher, and he is still held out by the Church as the role model for those studying to become a Catholic priest.

Catholic Legends: The Life and Legacy of St. Thomas Aquinas details the remarkable life he lived and analyzes his writings, explaining how strong and enduring his legacy has become.

Good book. A nice concise look into a theological philosopher. A good place to start.