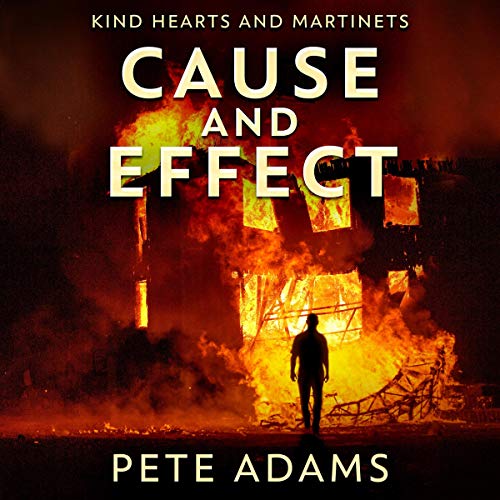 Cause and Effect: Vice Plagues the City

A self-labeled enigma, Detective Inspector Jack Austin is at once miserable and amusing, melancholy, and motivated. Running the Community Police Unit from his deck chair, DI Austin is known for his ability to solve crimes out of the blue.

Trying to work cases while struggling with his mental issues, Austin deals with a variety of major crimes, including bicycle theft. But when the case of an executed police officer lands on his desk, he accidentally uncovers a malevolent scheme.

Can he discover who is behind it all - and keep what's left of his sanity?

What listeners say about Cause and Effect: Vice Plagues the City

4.5, completely charming.
I thought the kindhearted idiot protagonist would start to wear on me, but actually, somehow it didn't.
I even laughed out loud, twice.
The characters were reasonably well developed and strangeky likable. It was such a nice change to read a procedural with cops that aren't hardend, grim loose cannons. Or like, hard right wing flavored.
It was an exceedingly entertaining, engrossing story. Pleasantly surprised.
But the malapropisms did get to me, haha.

Ok, one more thing. There's one scene where a pretty nasty ethnic slur about Indigenous women is used a half dozen times, and that really bothered me. I get that it's set in England, but seriously, even the English should know better.