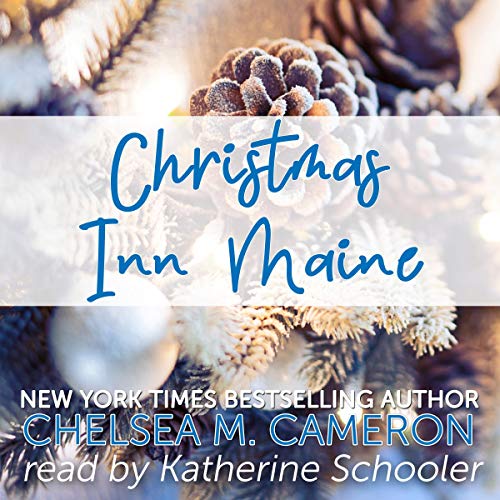 All Colden Hayes wanted was to spend Christmas by herself in a cottage by the sea where the cheer of the holiday season couldn’t reach her. Everything was going according to plan until the cottage she rented turned out not to exist and she ends up snowed in at a charming inn that happens to be owned by the family of her most-hated coworker, Laura Sterling. Talk about bad luck.

Colden ends up saying yes to Laura’s mother when she insists on giving her a room. It’s only for a night, but she somehow finds herself agreeing to spend Christmas with the Sterlings as well. She blamed the festive atmosphere that she couldn’t seem to escape. Maybe there’s something in the mistletoe?

Against her will, Colden finds herself being sucked into the comfort and joy of the season, even though she can’t seem to escape Laura, who is literally everywhere Colden is, like she’s doing it on purpose. Things get even worse when they’re forced to share a bed when there’s a fire at a local farm and the inn offers all the available rooms to the family.

Colden finally realizes there’s a thin line between annoyance and attraction, and she and Laura definitely crossed it. She’s also pretty sure that Laura’s mother is shipping them hard and so is the rest of her family, right down to her great-grandmother whose main companion is a 200-pound pig named Minnie.

Will the magic of the holiday season melt Colden’s heart? Or will she go back to Boston alone, with only the memories to keep her warm?

I couldn't get through the first chapter. The narration is so robotic it's distracting.

the narrator for some reason felt the need to over enunciate practically every vowel in the book. but I liked the story better than some of Cameron's other stuff