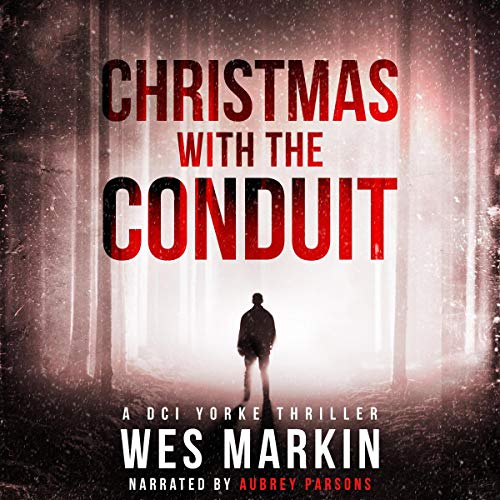 Christmas with the Conduit: A Deadly Game of Cat and Mouse with an Old Foe in This Sinister Sequel to Wes Markin's One Last Prayer for the Rays

If you fail to stop a killer, then they will only grow stronger.

DCI Michael Yorke and Emma Gardner are still plagued by guilt over their failure to catch the murderous psychiatrist known as the Conduit, and the loss of their former colleague to insanity.

On Christmas Day, following a brutal massacre in Leeds, Yorke and Gardner find themselves once again chasing the ruthless puppeteer, believing that they have the initiative.

But as the two investigators draw closer to the Conduit, they quickly discover that they were never truly in control, and completely vulnerable to what comes next.

A rising tide of psychological warfare.

And the horrendous truth behind the fate of their former colleague.

What listeners say about Christmas with the Conduit: A Deadly Game of Cat and Mouse with an Old Foe in This Sinister Sequel to Wes Markin's One Last Prayer for the Rays

Oh, this was delightfully over-the-top, ridiculous, improbable, gruesome and weird, with moments of stunning grossness. What fun!
I like the characters, and, unusually for me, I'm interested to see the developments in their lives. Yorke's family life is eventful but not completely unbelievable. His relationship with his wife is occasionally strained but ultimately healthy, likewise his adopted teenaged son. It's sad that this is unusual in crime novels, but it's refreshing.

The story was, like I said, totally out there, with various villains from past installments reappearing, interacting, and wreaking havoc. And new villains, major and minor, popped up, too.
The ending was highly satisfying, and provided a new direction for the next book. Except apparently this is the finale? Oof. Still a good ending