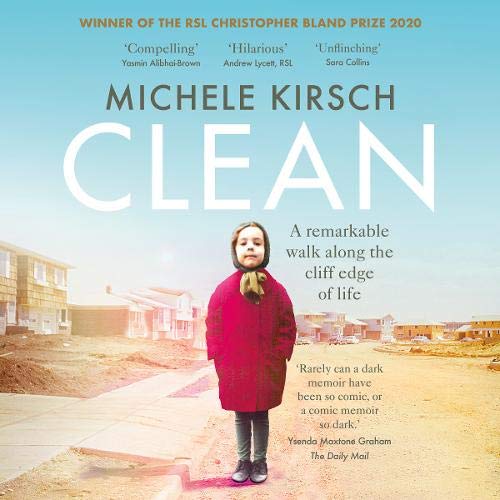 2020 winner of the Christopher Bland Prize

When Michele Kirsch's father is killed in a train crash, her mother gets the vapours and Michele gets extremely nervous. By her mid-teens, she has found salvation in valium. Her favourite words on the prescription sheet are 'Take as Needed', which she interprets as Take All the Time.

Later, as a wife and mother, she adds alcohol into the mix, and before long her life is spinning out of control. Leaving home 'for the sake of the family', she takes the scenic route to rehab, redemption and reinvention.

But this is no misery memoir. Clean is a darkly comic tale about the difficult choices we have to make as we navigate our lives. While working as a domestic cleaner in her 50s, Michele finds herself living vicariously through other people's messes, tidying her way through early sobriety. As the Duster of Large Things, she taps in to her natural nosiness to reveal the absurdities of a seemingly banal job.

"Beautifully crafted and written, filled with darkness and light, compelling...She fights addiction with honesty and humour. And, like her, [we] come away changed forever." (Yasmin Alibhai-Brown, RSL Christopher Bland Prize)

What listeners say about Clean