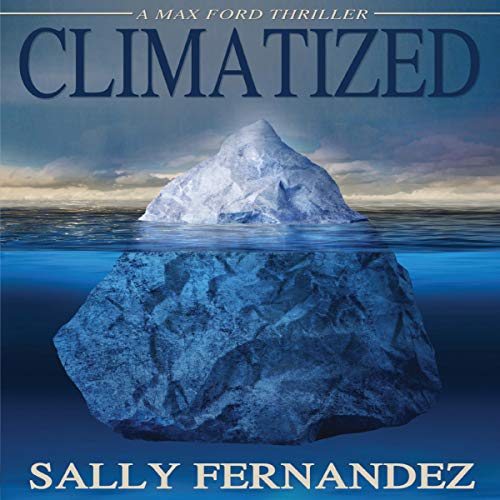 Written by: Sally Fernandez
Narrated by: Belinda Lams
Try for $0.00

"In Climatized, Sally Fernandez has made herself a credible expert - presenting a plausible scenario that will descend on the planet soon..." (Dennis T. Avery, New York Times Bestselling Co-Author of Unstoppable Global Warming: Every 1,500 Years)

After resigning her post at the States Intelligence Agency, Maxine Ford declares her independence as she bursts onto the Washington scene as a private investigator. She displays her usual no-holds-barred style, showing no obeisance to the elite politicians. Right out of the starting gate, she finds herself in the cauldron of mystery, murder, and mayhem. All of her clients are warned to prepare themselves for the truth...at all costs.

In Climatized, Max is hired by the wife of a prominent senator to determine the cause of his untimely death. It leads her to discover that three world-renowned scientists had been killed days before they were scheduled to testify before the late senator's investigative committee. Meanwhile, a fourth scientist has gone missing. Max determined he is the key to unearthing the motives behind the deaths. Following the many twists and turns, Max and her associate, Jackson Monroe uncover a powerful organization responsible for the killings. Cogent evidence is provided to the president, forcing him to make a crucial decision - to cover up a diabolical plot or bring down a multi-trillion-dollar world-wide economy.

Fernandez's crackerjack international thriller once again expertly weaves fact with fiction. Listeners will be beguiled by the artistic marriage of established facts with a storyline that lifts creativity to new heights. A classic blend of character study and well-plotted action sequences keeps the reader listening. A hair-raising story from start to finish.

What listeners say about Climatized

This story is a thrilling read with our heroine Max Ford showing great courage, cunning and determination to get to the truth!
The detailed research that Sally Fernandez has done on the topic and woven into the story is clearly evident. A very eye-opening contrast to what is peddled by the left as well as the media on the issue. While this is a fictional work, it is far too clear how the climate conversation has been hijacked by politicians for their own selfish interests. The characters come to life in such believable ways and the story captivates you as you are transported from the mountains, to the vineyards, and sadly to the swamp! I look forward to more from Sally Fernandez!

A Must Read in today’s Political ‘Climate’

I searched the research in this novel, it is the backbone of this fantastic political thriller. It truly opened my eyes and mind to the natural versus the money in Climate Change. Thank You Sally, looking forward to your next super thriller.