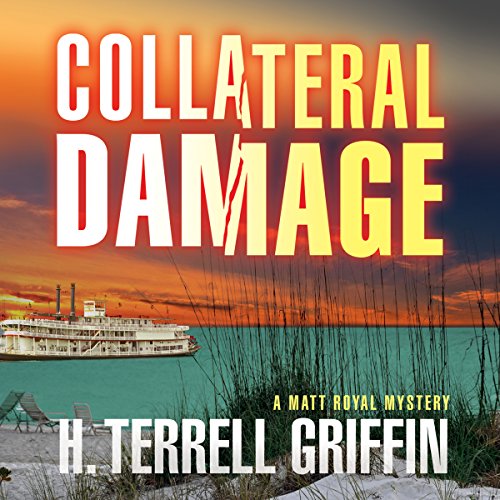 The quiet beauty of Longboat Key is shattered when a young groom is shot to death on the beach the day after his wedding. His father is an old army buddy of Matt Royal, and Matt tries to soften the anguish of his friend by finding his son's murderer. Matt's search takes on added complexity when there appears to be a link between this murder and three seemingly unrelated murders that occurred on board a dinner cruise on Sarasota Bay the same day. Fortunately for Matt, his old buddies, Logan Hamilton and Jock Algren, show up to cover his back and to help investigate.

But this case rekindles haunting events of Matt's past and incites a web of doubt, deception, and even suspicion, among the closest of friends. When Longboat Key detective Jennifer Diane (J.B.) Duncan joins the investigation, Matt loses a little focus as he drifts toward more than just a professional relationship. But this distraction could cost lives when they encounter a shady and very dangerous cabal.

What listeners say about Collateral Damage

Excellent thriller, but not the best of the series

I'm currently listening to all audiobooks in the Matt Royal mystery/suspense series. Collateral Damage is an excellent thriller, but is not one of the best books in the Matt Royal series by H. Terrell Griffin. Like the others this novel is set on Longboat Key. The island if off the west coast of Florida near Sarasota.

I really like this series and hope it continues.

This was my first experience switching back & forth between kindle & audio. It took me a bit to appreciate it and I was amazed I was always where I left off. I will continue to use these two formats together. I enjoyed the story & the reader was decent.

So glad Kindle offered this as a prime free book. I am so hooked on this series it’s making me love self isolation. The characters come to life in every book, and living in Florida I can understand the Floridian culture.

What made the experience of listening to Collateral Damage the most enjoyable?

It was actually the narrator's voice. He was good and made the story worth listening to.

What was one of the most memorable moments of Collateral Damage?

There were no moments that stood out.

What does Steven Roy Grimsley bring to the story that you wouldn’t experience if you just read the book?

He made the story worthwhile.

NO, it was quite forgettable.

This was my first time reading anything from this author. The story line was weak and confusing at times. Some of the character relationships were meaningless to the story, and the ending was anticlimactic. I was bored waiting for the punch line, and when it finally happened, I didn't get it. I hope his other stuff is more interesting.