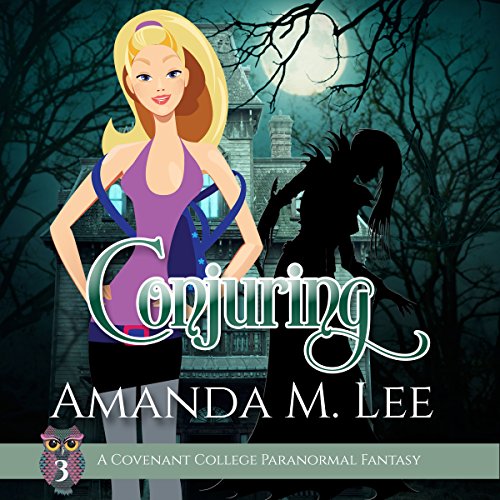 Sophomore year is here and Zoe Lake has a new outlook on life: No more drama, no more angst, and no more near-death experiences.

After a lazy summer, where the only thing to get her blood pumping was resident lothario werewolf Aric Winters, Zoe returns to Covenant College with three new roommates and a few old distractions.

Despite an uneasy entry into this new world, Zoe manages to bond with new roommate, Kelsey, and tolerate the boy crazy Matilda. That's when Laura - the roommate who was supposed to be the easiest to get along with - develops a jealous attitude and a secret agenda.

Before she even realizes what's happening, Zoe is thrust into another dangerous supernatural situation - and Laura is at the center of it. When Matilda and Laura join a witch sorority, Zoe finds herself scrambling against time to extricate her easily influenced roommates before a virtual magic armageddon descends on the campus.

When you compound that with Aric's sudden secret meetings, Brittany's insistence on dating her ex-boyfriend, and Rafael's new romantic interest in her, Zoe realizes that a drama-free life may not be in the cards for her.

That's all on top of Zoe's own powers - which continue to grow and draw interest from the campus monster hunters and supernatural factions. When the showdown finally comes, and all the factions are revealed, someone big will die. The question is: By whose hand?

Note: These books are full of sarcasm and are a little bit snarky - so read only if you like to laugh and you like a little fun in your paranormal. This is the third book in the Covenant College young adult series.

What listeners say about Conjuring

The story was not too bad but if you still have your full hearing the high pitched voice of the reader is horrible...cannot recommend this based upon reader as this voice ruins everything

college and supernaturals what a strange world and

The Wonder pets go to college. it's too bad clueless the movie was already taken it been a great title for this book.

Amanda M Lee does it again

Between the writing of Amanda M Lee and spot on narrating of Angel Clark, you get just what you always expect. The. Best!

Enjoyed the continuation of Zoe's saga. I liked the narrator and hope she continues with rest of covenant college and post college life.