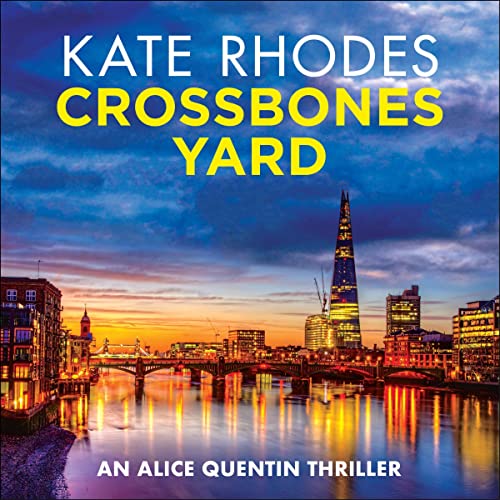 Written by: Kate Rhodes
Narrated by: Charlotte Strevens
Try for $0.00

In this brilliant debut, a psychologist finds herself drawn into the dark world of a serial killer - who may be closer than she thinks. Mulholland Books presents...Crossbones Yard.

Ray and Marie Benson killed 13 women before they were caught, tried and imprisoned. Five of their victims were never found.

Six years later psychologist Alice Quentin discovers a woman's body on the waste ground at Crossbones Yard. The wounds are horrifyingly similar to the Bensons' signature style. But who would want to copy their crimes?

When Alice is called in to consult, her first instinct is to say no. She wants to focus on treating her patients, not analysing the mind of a murderer.

But the body at Crossbones Yard is just the start, and the killer may already be closer than Alice knows.

What listeners say about Crossbones Yard

Excellent thriller. Great narration. I loved this book. Great from start to finish. I will look for more by this author.

I had such high hopes for this series. However, I find Alice Quentin to be foolish, amazingly devoid of self-understanding and psychological insight. Can't imagine really caring what happens to her on future books so I won't be reading any.

The ending felt rushed. Author felt unpolished. Characters at times seemed pathetic. Hard to like a best friend so self absorbed. A brother so self destructive and a mother so unregrettable.

Good start to a series

I enjoyed the story very much. I look forward to getting deeper into the characters in future books. I think, however, that the book is let down by the narrator. Her voice sounds much too mature for Alice, whose point of view we're hearing. I think a younger sound would serve the characters and story well. Looking forward to the next one.

This seemed so strange to me: the story was good; the background historical information was fascinating; the professional psychology of the protagonist seemed sophisticated; but the romance was an idiotic fantasy worthy of a rather dim13 year old, utterly ridiculous and rich in cliche.'And the heroiine's continual, reflexive negativity and scorn toward almost everyone she even glanced at was distasteful. (I keep typing because Audible requires more words.)